Who better than ‘everyman’ Tom Hanks to play a cargo ship captain who’s taken hostage by Somali pirates? No-one, no other A-list star can bring what Tom Hanks has built a career doing… and that’s making you, the viewer, feel like they are entirely in Hank’s shoes; you are stranded on a desert Island with only a beach ball for company, you were tasked to go on a near suicide mission to find Matt Damon after the Allied invasion of Normandy in World War Two. This is what Hanks does. He makes you believe that it could be YOU where he’s standing and when you really think about it, there’s not many A-List stars who can pull that shit off.

But even so, when Captain Phillips first arrived in theaters, I wasn’t sold, but after hearing some good feedback from friends I took the plunge.

It’s a solid thriller based around the true story of the 2009 hijacking of the merchant ship Maersk Alabama. Directed by Paul Greengrass (The Bourne Supremacy (2004) and The Bourne Ultimatum (2007), United 93 (2006)), the film manages to keep the tension building with Tom Hanks being utterly believable as the pirates hostage, oozing fear and making you really feel the desperation of the situation. It’s an amazing tale of how just a handful of ragtag Somali pirates can gain control of such a huge container ship carrying 17,000 tons of cargo. As always, it’s best to watch it fresh, without knowing too much of the story, so I’ll be brief.

Acting: Excellent, Hanks is brilliant as always, so is the rest of the cast.

Direction: Greengrass is so under-rated, he manages to make you feel the desperation of the situation, without ramming it in your face.

Is it a CGI-fest: No, any effects are seamless, with the film mostly shot on location.

Run-Time: 134 minutes but not ass-numbingly so.

Is It Worth Buying the Blu-Ray or Renting/Streaming: A tough one, as it’s not something you’ll trot out that often, but it’s something you’ll probably revisit after a couple of years. So, buy the disc… once it’s available at a knock-down price. 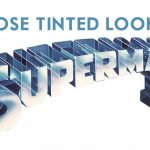