With the much anticipated sequel to 2005’s Sin City due to hit theatres in 2014, there is more good news coming out of The Weinstein Company with news that they are looking to adapt Sin City for the small screen via a TV series, possibly due just after the release of Sin City: A Dame to Kill For. Robert Rodriguez and comic-book creator Frank Miller are said to be involved in the development of the series.

Another Robert Rodriguez movie, 1996 hit “From Dusk Till Dawn”, is already being turned into a TV series with the cast nearly in place (Wilmer Valderrama, the former “That ’70s Show” star, will play the antagonist) with an initial 10 episodes ordered.

The Weinstein’s are also looking at a number of other properties to adapt for TV including Frank Darabont’s The Mist (2007), with Darabont in talks to produce a 10-part series and the Scream franchise is also under the microscope for adaptation. 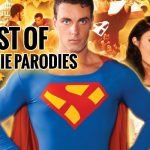