Of all the many great Pixar movies released over the years, we have always held 2004’s The Incredibles in very high regard and have always hoped for a sequel. Well, our wait is over as Bob Iger, the CEO of Walt Disney, recently confirmed that Pixar is working on a follow-up. No word yet whether director Brad Bird will be coming back on board as he’s currently filming Tomorrowland starring George Clooney which is set for release next year, but in the past he’s been quite vocal about wanting to return to the Incredibles universe. Back in 2007, he had this to say about the possibility;

“But I think at Pixar, the bottom line is the story that you’re telling. And Pixar does not look at sequels as a financial plan. We feel we have a relation ship with the audience and that they believe in each movie we put out. We believe completely in every movie we put out. If I can come up with a story that is as good or better than that first film, then I’d love to return to that world, but it would have to be story first.”

Along with The Incredibles 2, Pixar are also working on Cars 3, but given that Cars 2 was a bit of turkey, only kids under 6 are probably happy with that bit of news. 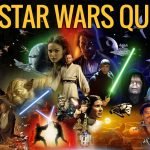