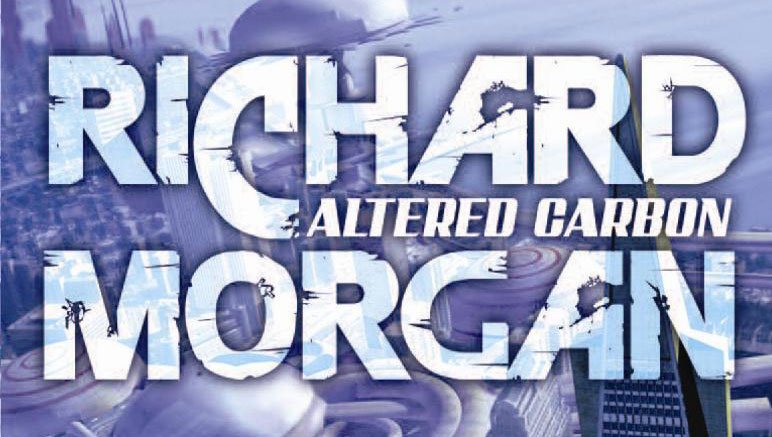 ALTERED CARBON is set in a future where consciousness is digitized and stored in cortical stacks implanted in the spine, allowing humans to survive physical death by having their memories and consciousness “re-sleeved” into new bodies.

The story follows specially trained “Envoy” soldier Takeshi Kovacs, who is downloaded from an off-world prison and into the body of a disgraced cop at the behest of Laurens Bancroft, a highly influential aristocrat. Bancroft was killed, and the last automatic backup of his stack was made hours before his death, leaving him with no memory of who killed him and why. While police ruled it a suicide, Bancroft is convinced he was murdered and wants Kovacs to find out the truth.

Altered Carbon was Richard Morgan’s first sci-fi novel and won numerous awards, including the Philip K. Dick award for science fiction. It was immediately, after its initial release, snapped up for a cool $1,000,000 with Joel Silver and Warner Bros. imagining another vehicle to emulate the Matrix trilogy. but after languishing in a developmental abyss it was re-optioned at the beginning of 2012.

With a scheduled release date of 2014, the details of the Takeshi Kovacs film are pretty scarce. Mythology Entertainment, a newly-formed production company, now own the rights and we know that itʼs to be produced and written by Laeta Kalogridis, (who co-wrote the screenplays for Shutter Island, Alexander and the eagerly anticipated Terminator 5 as well as being executive producer on Avatar) and David Goodman (who has been involved with tv heavyweights Without a Trace, Buffy and Fringe).

James Vanderbilt is also involved as a producer, who wrote the screenplays for Zodiac, The Amazing Spiderman and the forthcoming Robocop reboot.

Interestingly, the film rights also include Woken Furies and Broken Angels, the next two installments of the Takeshi Kovacs series.

Altered Carbon could be to the 21st Century what Blade Runner was for the 20th. It has the potential for great things and in Takeshi Kovacs, they have a protagonist, that deserves the big screen treatment.

Kovacʼs is one of the most impressive antiheroes of modern literature. The former envoy (who are the military arm that no-one fucks with), is a highly-trained supersoldier / mercenary / convict, a classic anti-hero with history and scars. But the scarring is psychological as his physical condition changes with every new sleeve. Violent, passionate, moral and with a problem with authority.

A hard-boiled futuristic noir detective thriller with a great hook. The idea of ʻre-sleevingʼ, of conscious immortality is a clever one.

“When they ask how I died, tell them: Still angry.”