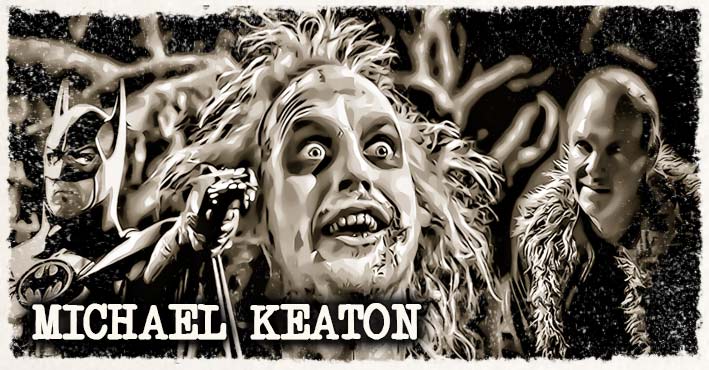 Michael Keaton, or Michael John Douglas, his real name, first found fame in Night Shift (1982) opposite Henry Winkler. He went on to successfully play a number of comedic roles throughout the eighties before transitioning into more dramatic roles. His resurgence back to more major roles came through the 2010’s, with starring roles in two Academy Best Picture winners with Birdman in 2014 and then Spotlight, the year after. Keaton is one of our all-time favourite actors, so we crunched the ratings for all of his movies and came up with his top 20 highest rated films… 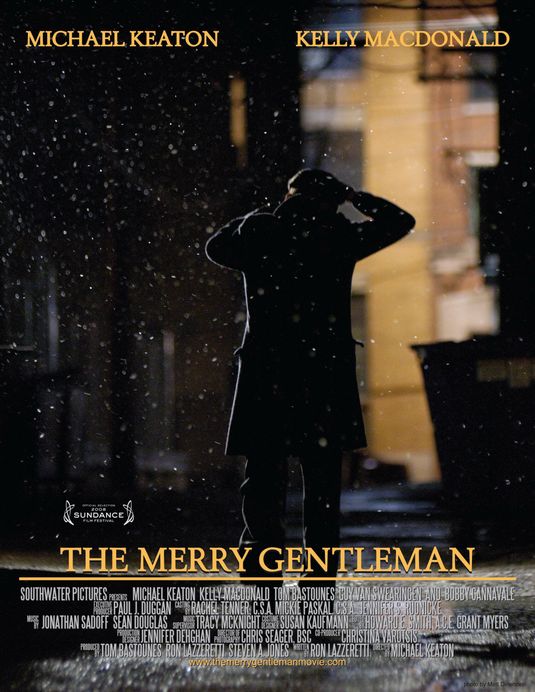 Synopsis:
The Merry Gentleman is a 2008 drama film directed by Michael Keaton (in his directorial debut), and starring Keaton and Kelly Macdonald. It is about a woman who leaves an abusive relationship to start a new life in Chicago, where she forms a friendship with a hitman who is undergoing his own emotional crisis. 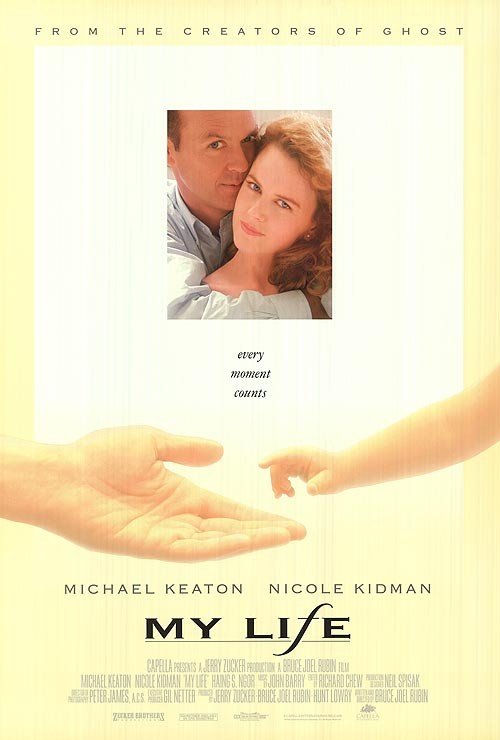 Synopsis:
It seems that Bob Jones (Michael Keaton) has everything a man could want, namely a fulfilling job and a beautiful, pregnant wife, Gail (Nicole Kidman). But Bob’s life is turned upside-down when he is diagnosed with cancer and given four months to live — not even enough time to see his first child’s birth. To cleanse himself of demons in his remaining days, Bob makes a video diary, hoping to pass along some wisdom to his future child. Along the way, he discovers a lot about himself. 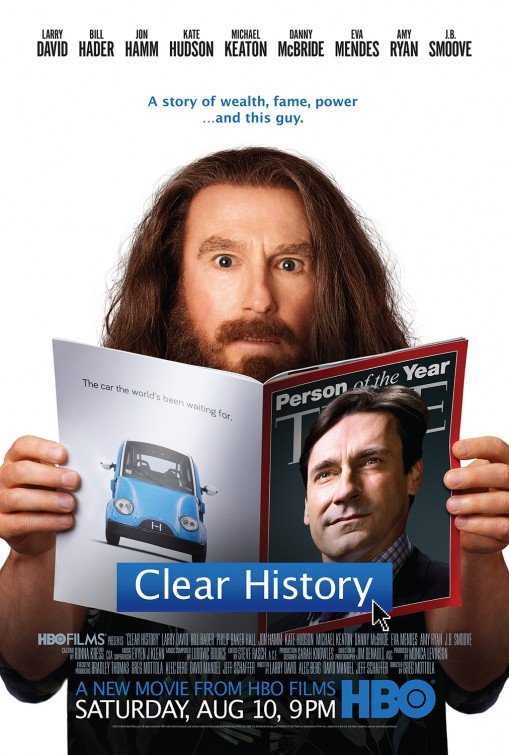 Synopsis:
A PR specialist refuses to market a car called a “Howard” – a colossal error that loses him a billion dollars and makes him a national joke. He loses his hair, shaves his beard, takes a new name, and moves to Martha’s Vineyard. Jump ten years: “Rolly” is a popular local whose sangfroid evaporates when the Howard’s inventor moves to the island. Rolly, his old self unrecognizable, hatches a plan to rid the island of his nemesis; he also decides to woo the billionaire’s wife. Fellatio, a former girlfriend, a woman who’s lost weight, her boyfriend, the band Chicago, a menacing Chechen, a bus load of ill children, and a pair of ne’er-do-wells with experience with explosives figure in the story 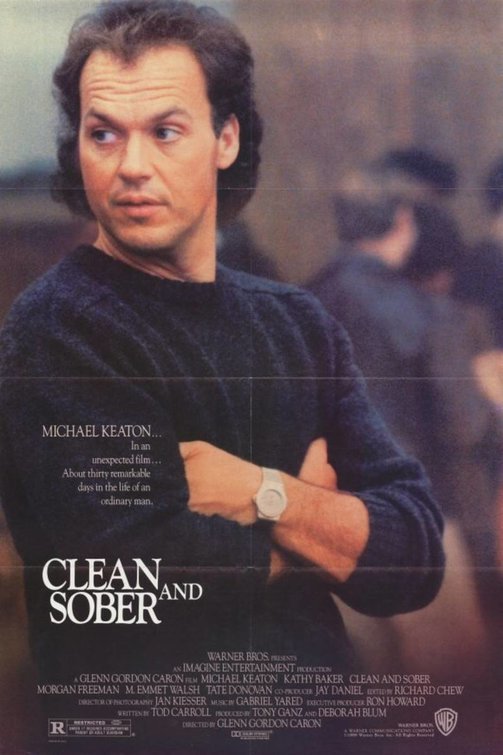 Synopsis:
Hotshot real estate salesman Daryl (Michael Keaton) has a bad cocaine habit. After embezzling his company’s money, he wakes up next to a girl who overdosed. To hide from the police, he checks into a rehabilitation program guaranteeing anonymity. Under the mentorship of counselor Craig (Morgan Freeman), Daryl accepts that he has a substance abuse problem. As he falls in love with fellow patient Charlie (Kathy Baker), Daryl begins committing to a newly sober life. 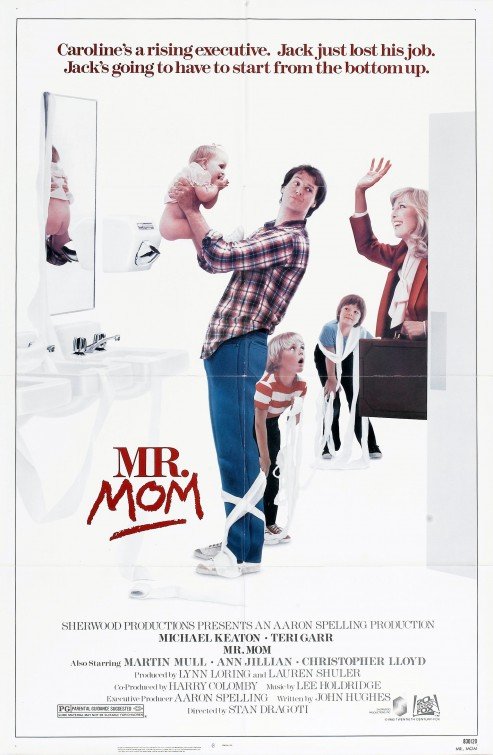 Synopsis:
During the 1980s recession, automobile engineer Jack (Michael Keaton) is fired from his job. When his wife, Caroline (Teri Garr), finds a job before he does, they switch roles, placing him in the unfamiliar position of homemaker and caretaker to their three children. He embarks upon a series of misadventures, from navigating grocery store trips to playing poker games with housewives. Jack and Caroline must figure out the intricacies of their new roles while maintaining their relationship.

Use the Just Watch logo above or click here to go straight to see where you can stream Mr. Mom (1983) 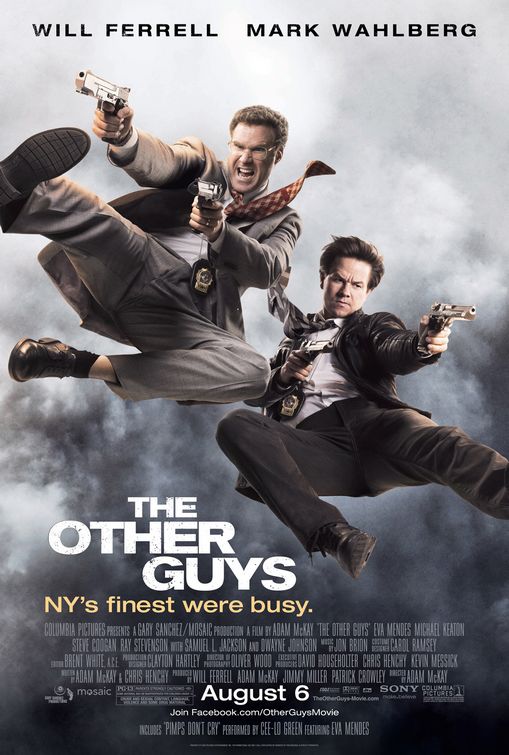 Synopsis:
Unlike their heroic counterparts on the force, desk-bound NYPD detectives Gamble (Will Ferrell) and Hoitz (Mark Wahlberg) garner no headlines as they work day to day. Gamble relishes his job as a paper pusher, but Hoitz is itching to get back on the street and make a name for himself. When a seemingly minor case turns out to be a big deal, the two cops get the opportunity to finally prove to their comrades that they have the right stuff. 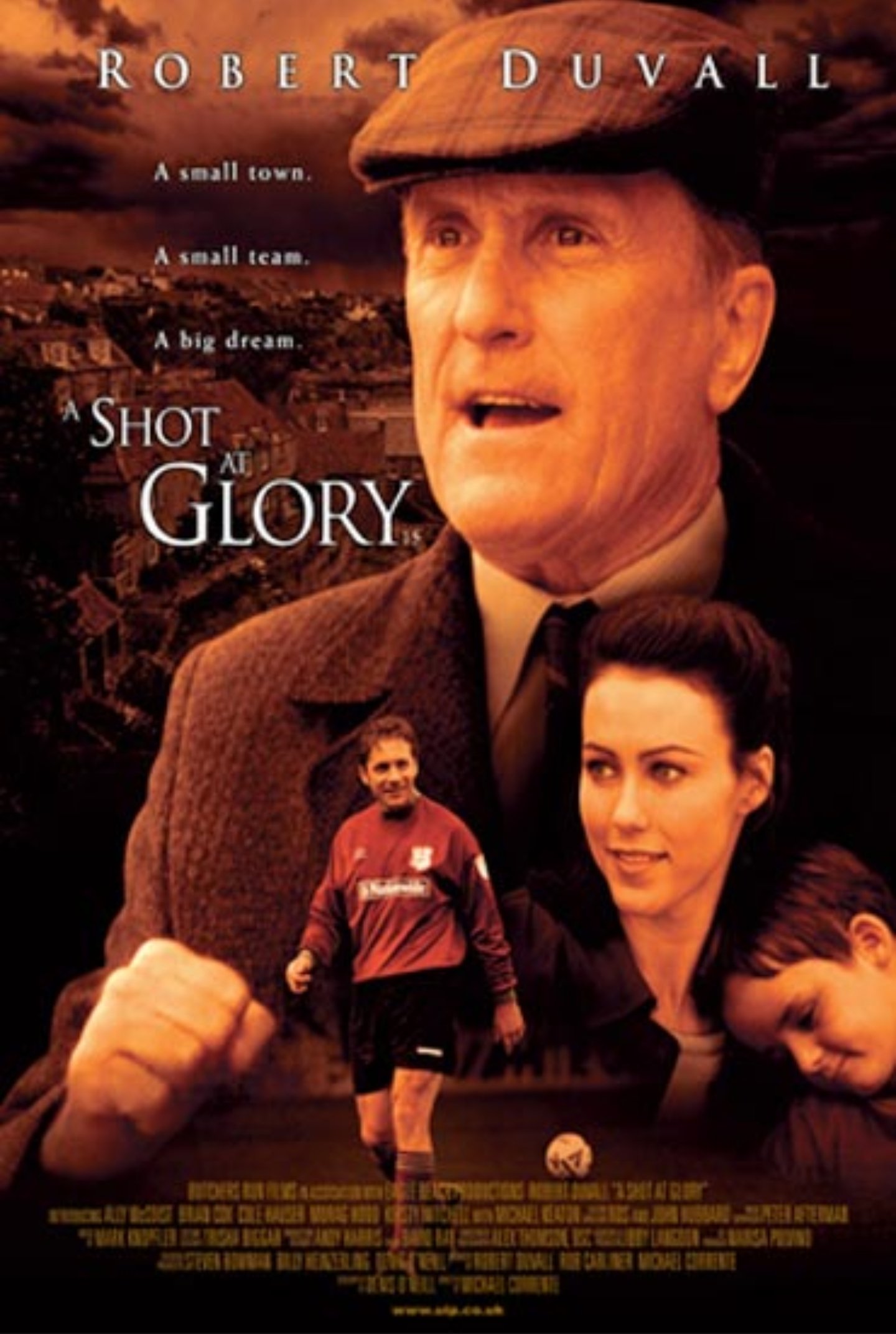 Synopsis:
Desperate times call for desperate measures, so losing soccer coach Gordon McCloud (Robert Duvall) accepts the signing of Jackie McQuillan (Ally McCoist), a player with undeniable talent but a reputation as a team-killer. The team needs a player of star quality, or it may have to relocate from their tiny town to a larger market. Furthermore, McQuillan happens to be the coach’s son-in-law, and McCloud hasn’t exactly enjoyed the most harmonious relationship with his daughter. 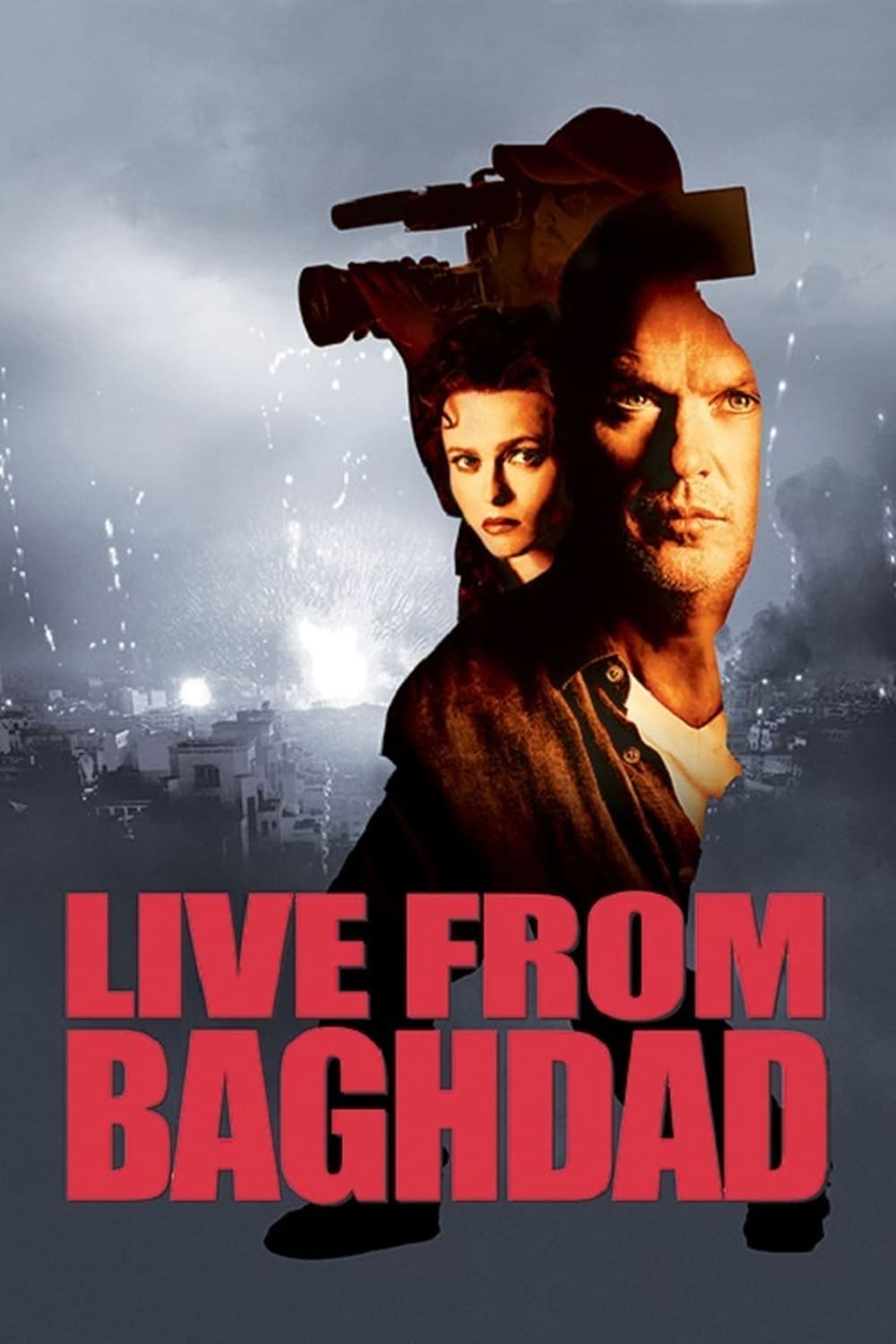 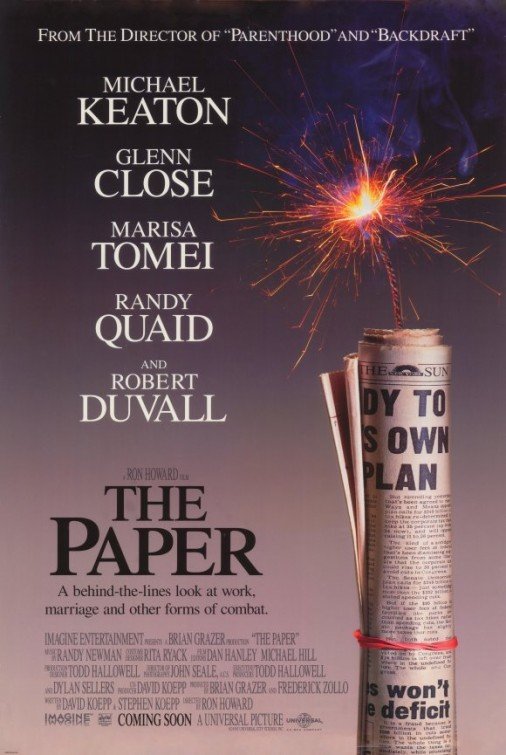 Synopsis:
Henry Hackett (Michael Keaton) is an editor at the New York Sun, a tabloid paper facing financial cuts. His pregnant wife, Martha (Marisa Tomei), pleads with him to get a more respectable job so he can spend more time with his family. Hackett is considering an offer from another paper, with fewer hours and higher pay, when he gets his hottest story in years. When this scoop leads to a burst of violence and a conflict with his new boss, Alicia (Glenn Close), he faces a startling moment of truth. 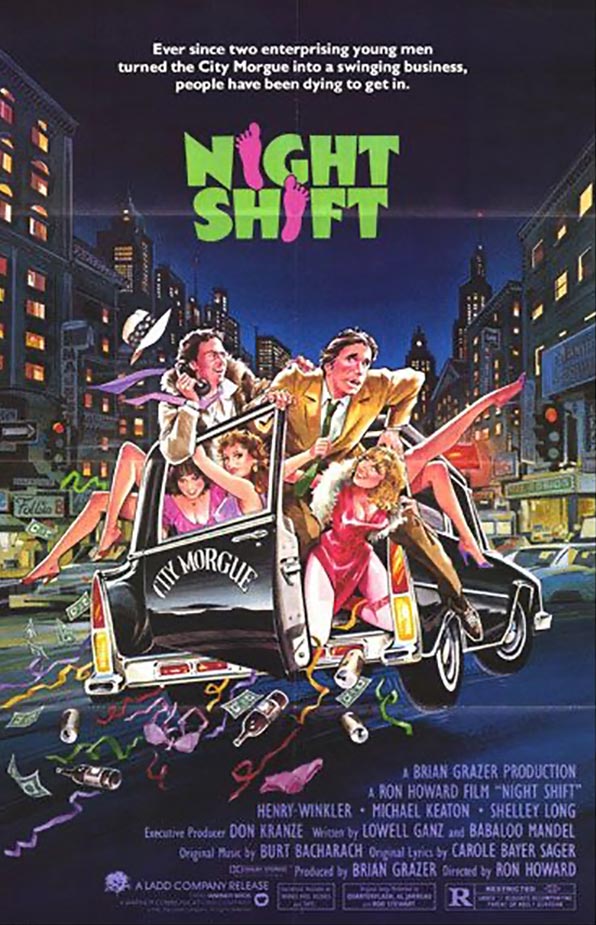 Synopsis:
Chuck (Henry Winkler) has given up life as a stockbroker because it was too stressful. Now, he works an easy gig as a night shift attendant at a New York City morgue. His co-worker, Bill Blazejowski (Michael Keaton), on the other hand, is always looking to make a quick buck. When Bill finds out that Chuck’s prostitute neighbor, Belinda (Shelley Long), needs a place to do her work, he convinces Chuck to turn the morgue into a brothel where they can work as her pimps. 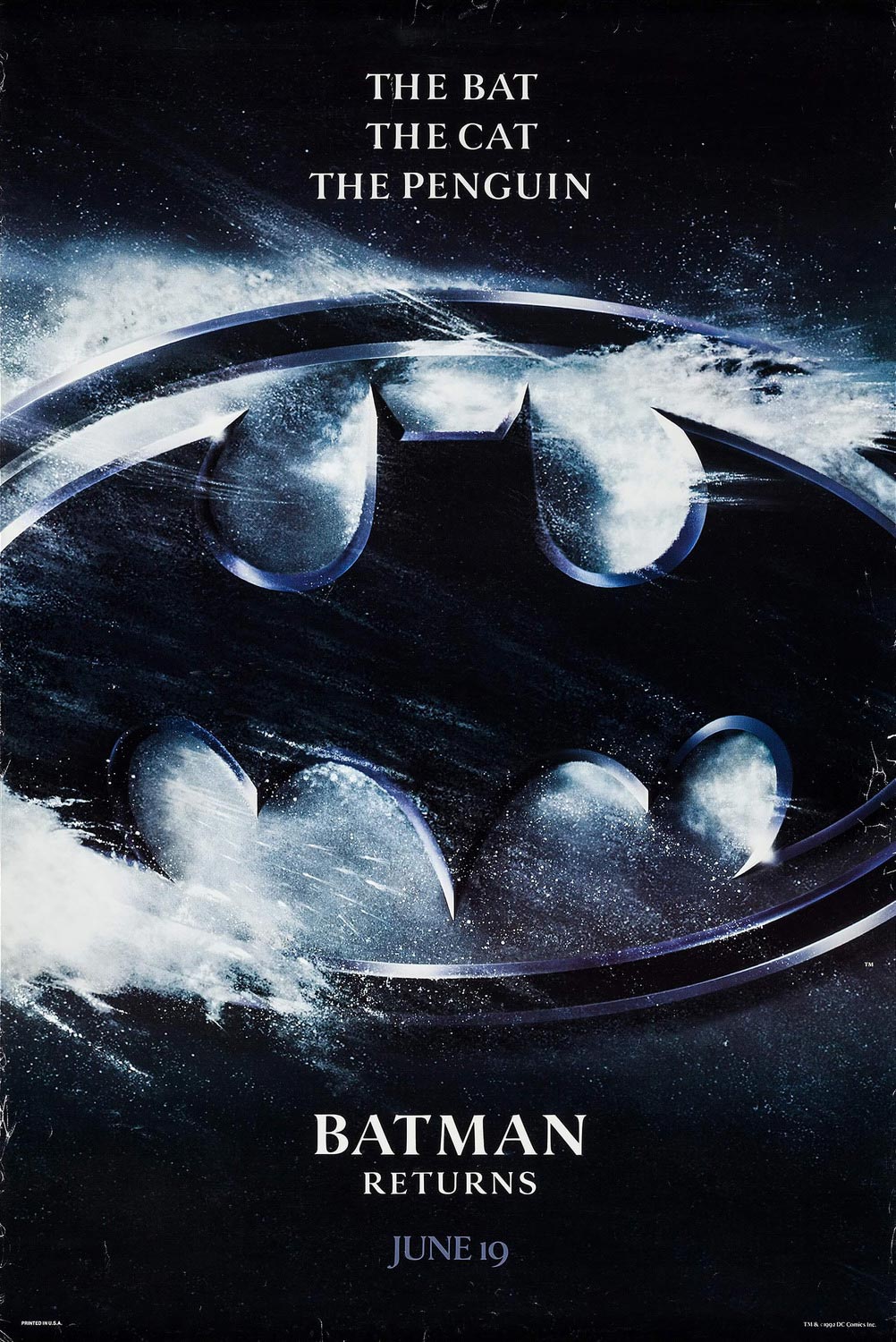 Synopsis:
The monstrous Penguin (Danny DeVito), who lives in the sewers beneath Gotham, joins up with wicked shock-headed businessman Max Shreck (Christopher Walken) to topple the Batman (Michael Keaton) once and for all. But when Shreck’s timid assistant, Selina Kyle (Michelle Pfeiffer), finds out, and Shreck tries to kill her, she is transformed into the sexy Catwoman. She teams up with the Penguin and Shreck to destroy Batman, but sparks fly unexpectedly when she confronts the caped crusader. 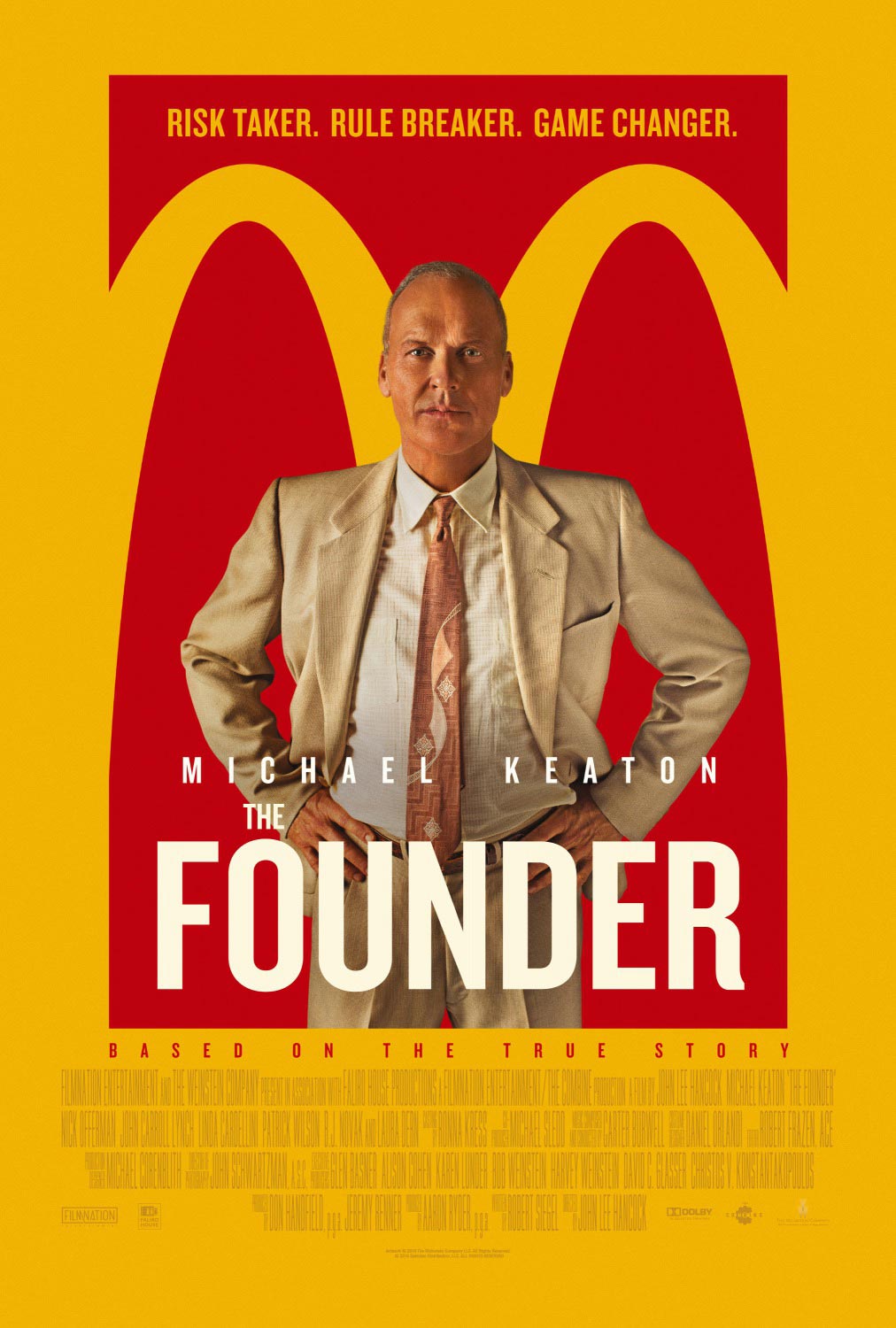 Synopsis:
The true story of how Ray Kroc (Michael Keaton), a struggling salesman from Illinois, met Mac (John Carroll Lynch) and Dick McDonald (Nick Offerman), who were running a burger operation in 1950s Southern California. Kroc was impressed by the brothers’ speedy system of making the food and saw franchise potential. Kroc soon maneuvers himself into a position to be able to pull the company from the brothers and create a multi-billion dollar empire. 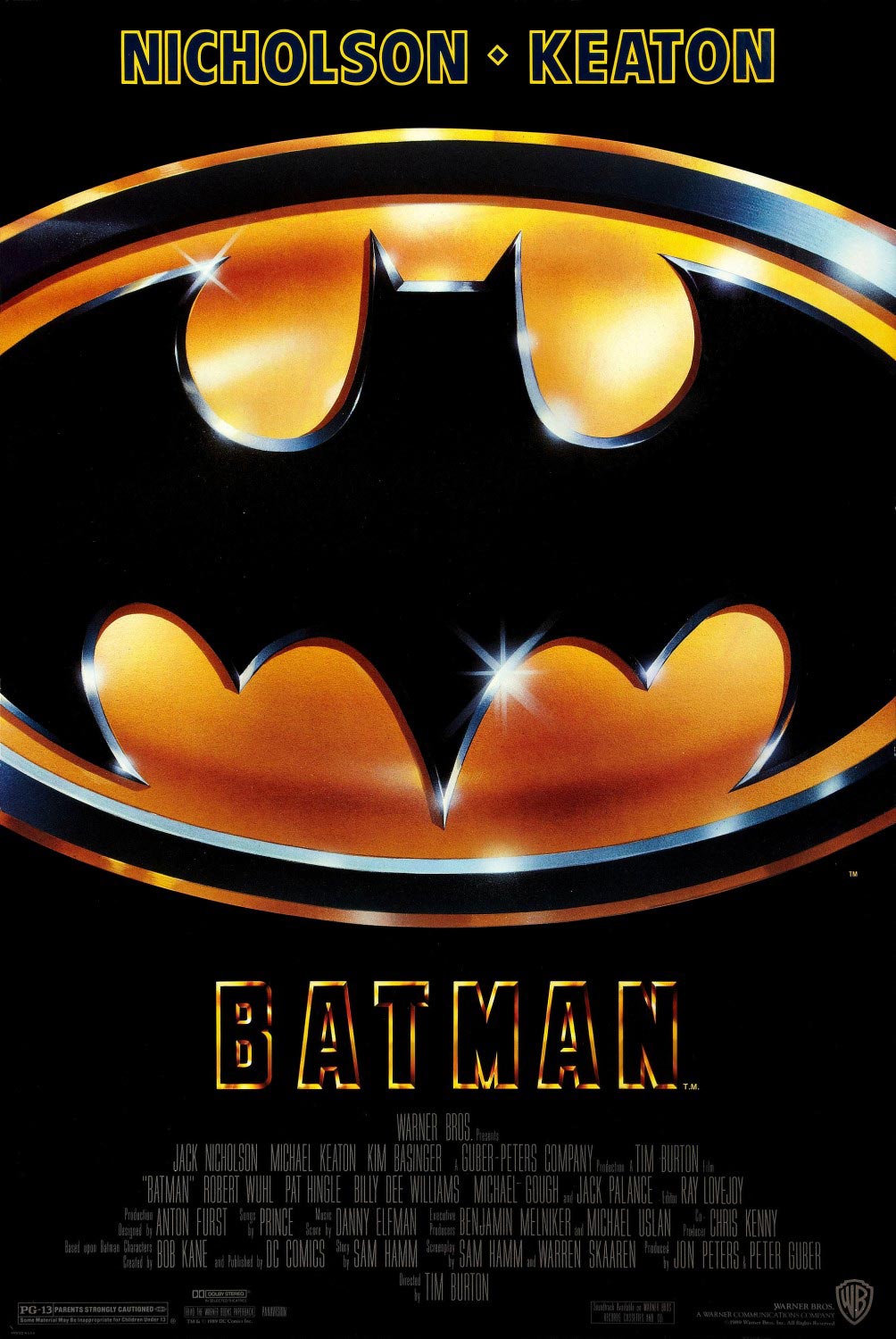 Synopsis:
Having witnessed his parents’ brutal murder as a child, millionaire philanthropist Bruce Wayne (Michael Keaton) fights crime in Gotham City disguised as Batman, a costumed hero who strikes fear into the hearts of villains. But when a deformed madman who calls himself “The Joker” (Jack Nicholson) seizes control of Gotham’s criminal underworld, Batman must face his most ruthless nemesis ever while protecting both his identity and his love interest, reporter Vicki Vale (Kim Basinger). 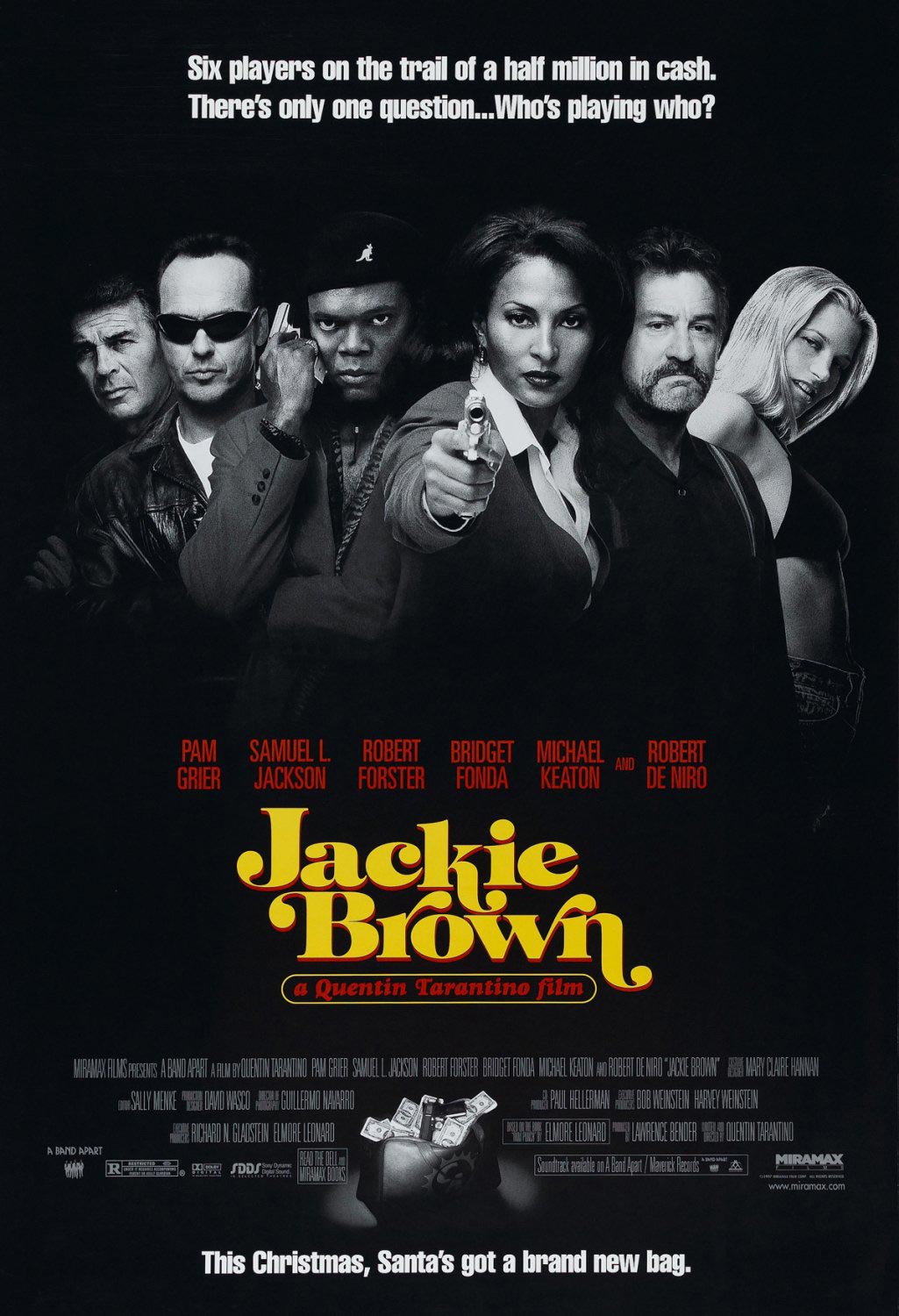 Synopsis:
When flight attendant Jackie Brown (Pam Grier) is busted smuggling money for her arms dealer boss, Ordell Robbie (Samuel L. Jackson), agent Ray Nicolette (Michael Keaton) and detective Mark Dargus (Michael Bowen) want her help to bring down Robbie. Facing jail time for her silence or death for her cooperation, Brown decides instead to double-cross both parties and make off with the smuggled money. Meanwhile, she enlists the help of bondsman Max Cherry (Robert Forster), a man who loves her. 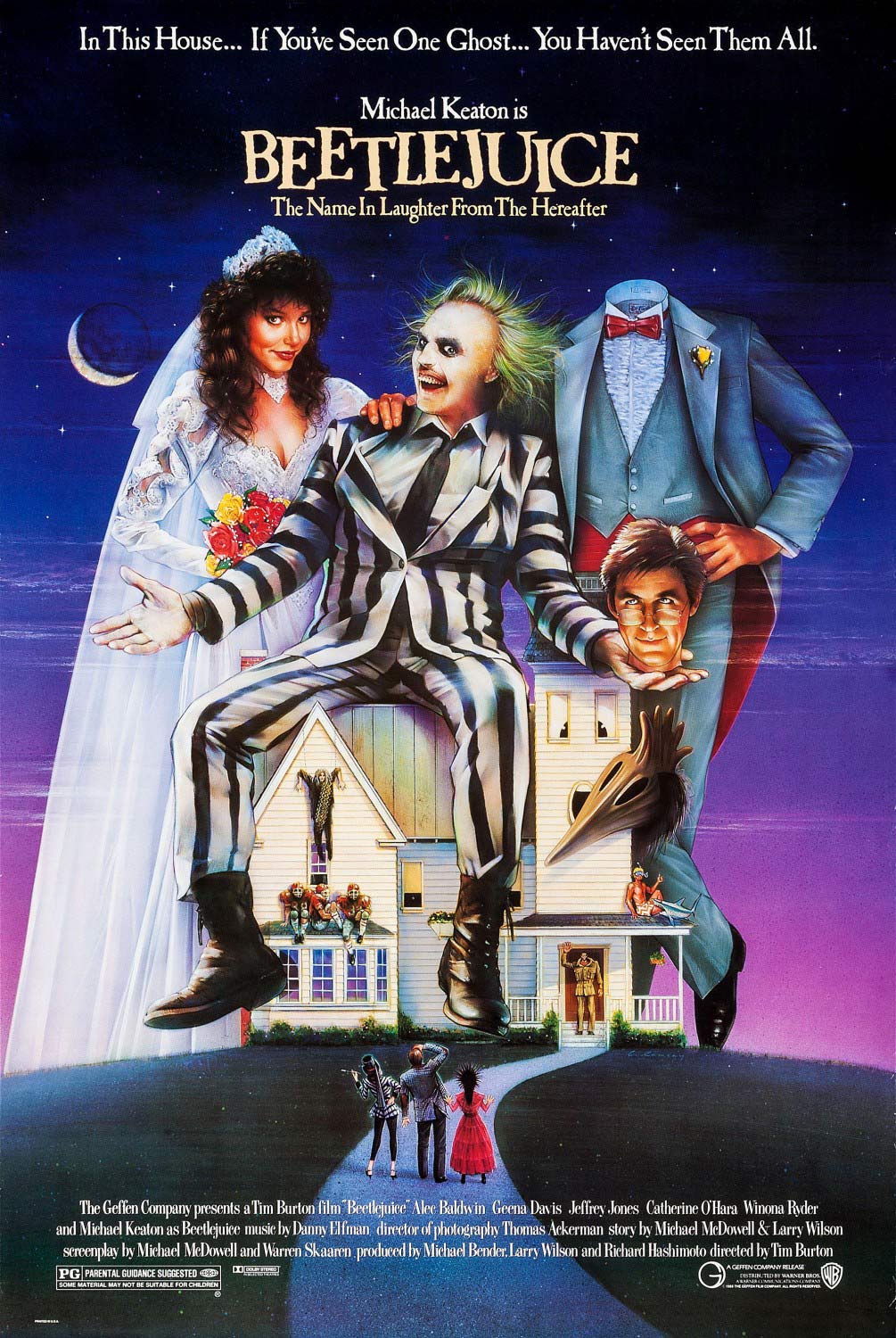 Synopsis:
After Barbara (Geena Davis) and Adam Maitland (Alec Baldwin) die in a car accident, they find themselves stuck haunting their country residence, unable to leave the house. When the unbearable Deetzes (Catherine O’Hara, Jeffrey Jones) and teen daughter Lydia (Winona Ryder) buy the home, the Maitlands attempt to scare them away without success. Their efforts attract Beetlejuice (Michael Keaton), a rambunctious spirit whose “help” quickly becomes dangerous for the Maitlands and innocent Lydia. 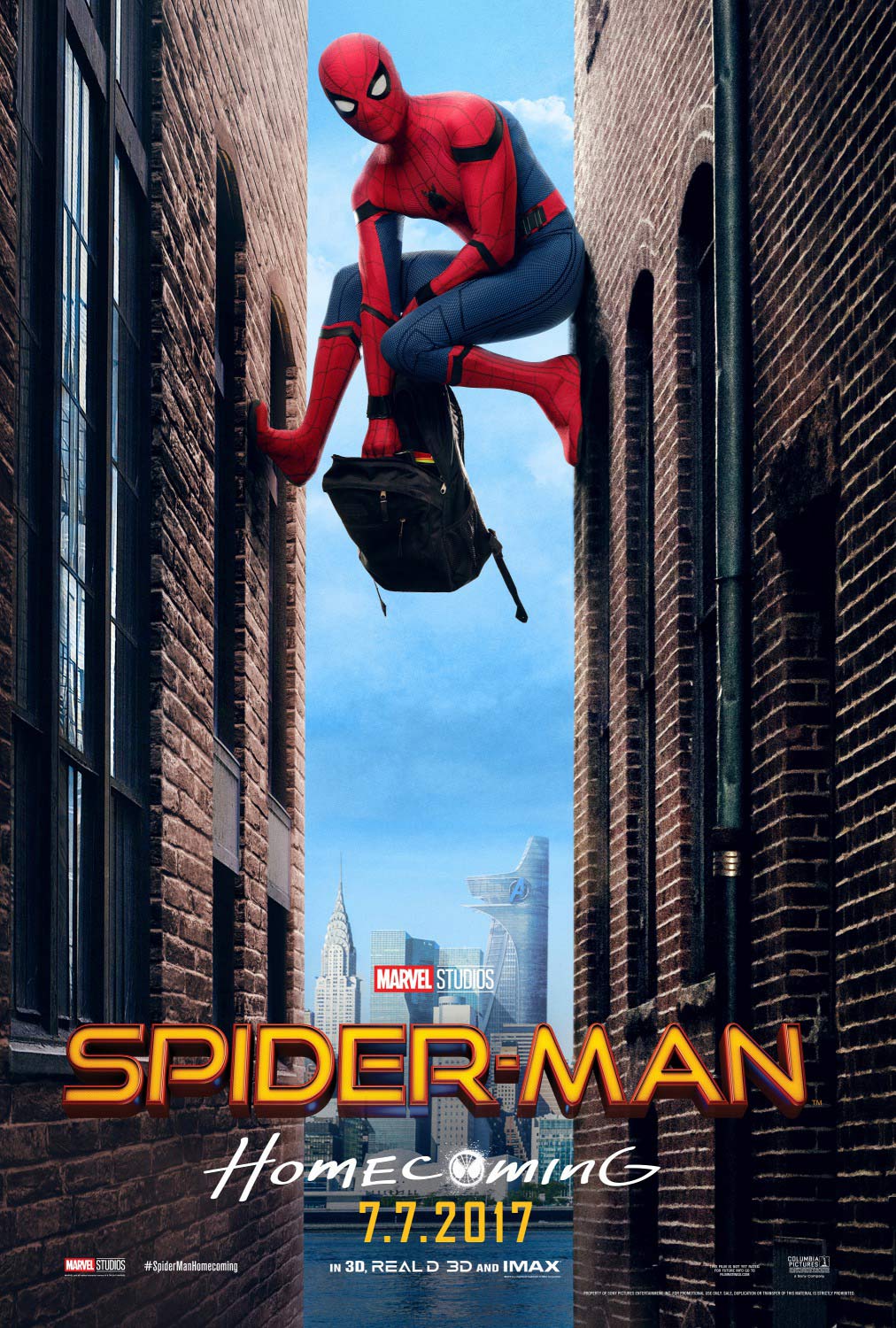 Synopsis:
Thrilled by his experience with the Avengers, young Peter Parker returns home to live with his Aunt May. Under the watchful eye of mentor Tony Stark, Parker starts to embrace his newfound identity as Spider-Man. He also tries to return to his normal daily routine — distracted by thoughts of proving himself to be more than just a friendly neighborhood superhero. Peter must soon put his powers to the test when the evil Vulture emerges to threaten everything that he holds dear.

Use the Just Watch logo above or click here to go straight to see where you can stream Spider-Man: Homecoming (2017) 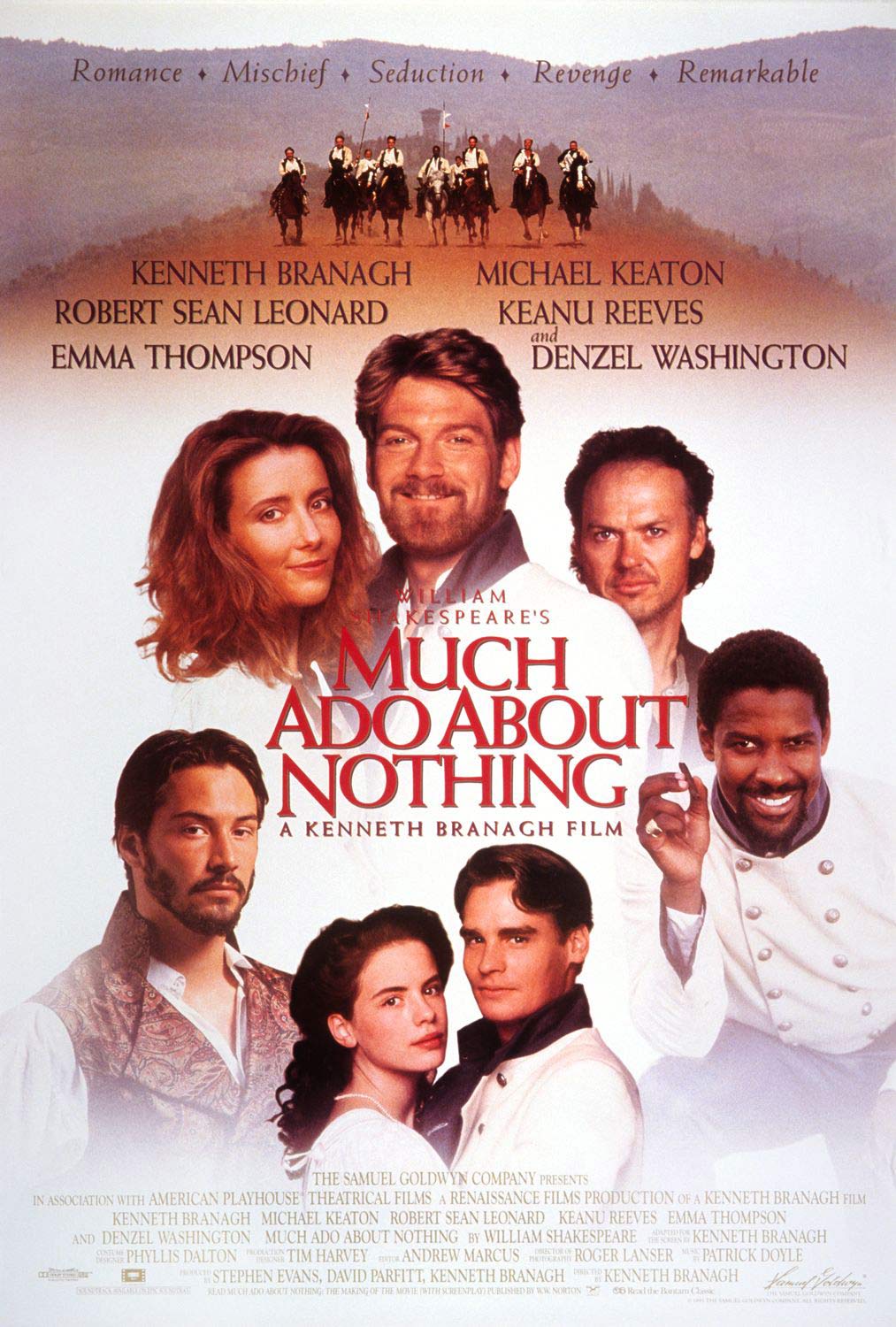 Synopsis:
In this Shakespearean farce, Hero (Kate Beckinsale) and her groom-to-be, Claudio (Robert Sean Leonard), team up with Claudio’s commanding officer, Don Pedro (Denzel Washington), the week before their wedding to hatch a matchmaking scheme. Their targets are sharp-witted duo Benedick (Kenneth Branagh) and Beatrice (Emma Thompson) — a tough task indeed, considering their corresponding distaste for love and each other. Meanwhile, meddling Don John (Keanu Reeves) plots to ruin the wedding. 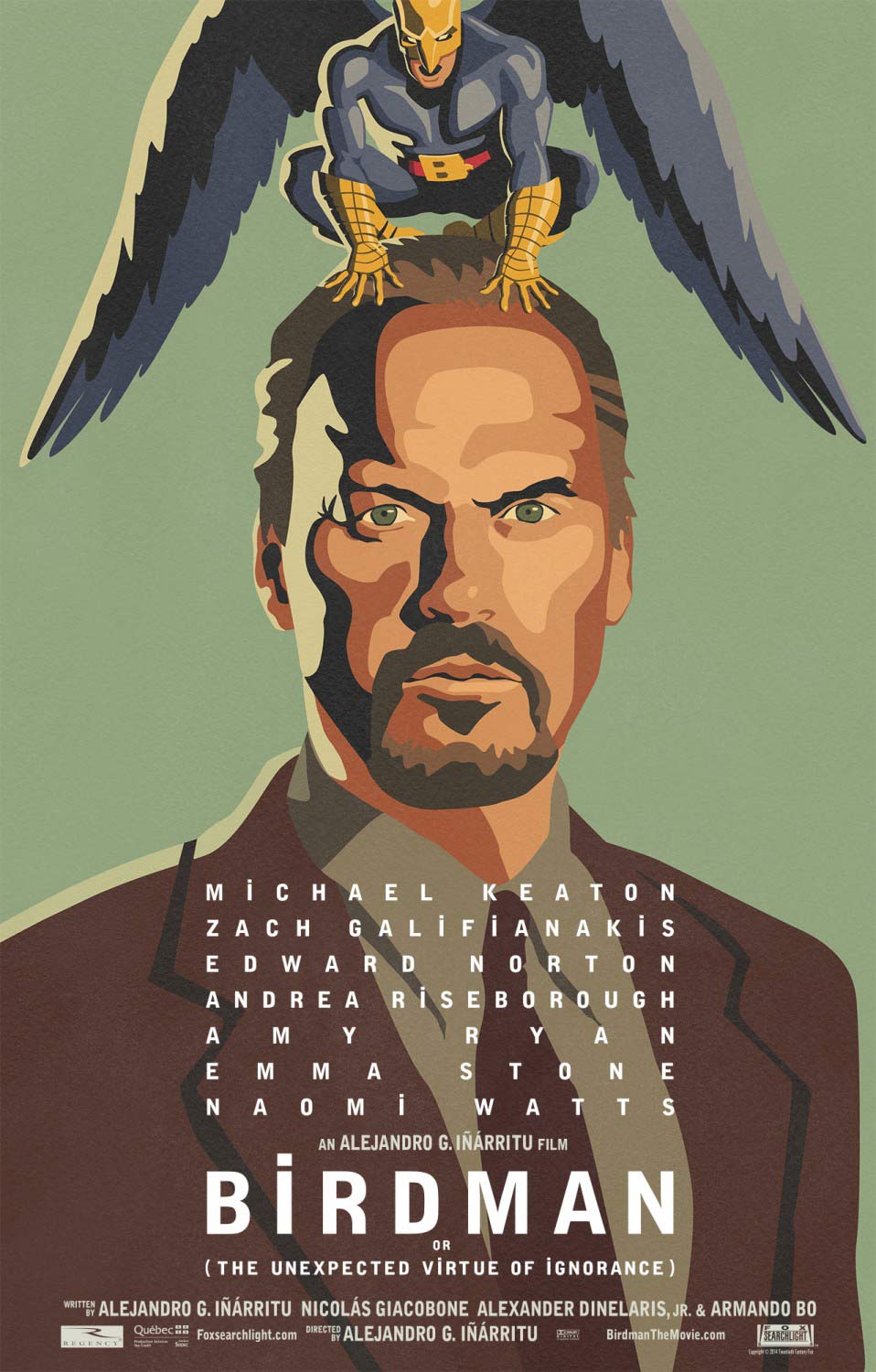 Synopsis:
Former cinema superhero Riggan Thomson (Michael Keaton) is mounting an ambitious Broadway production that he hopes will breathe new life into his stagnant career. It’s risky, but he hopes that his creative gamble will prove that he’s a real artist and not just a washed-up movie star. As opening night approaches, a castmate is injured, forcing Riggan to hire an actor (Edward Norton) who is guaranteed to shake things up. Meanwhile, Riggan must deal with his girlfriend, daughter and ex-wife.

Click here to see where you can stream Birdman (2014) 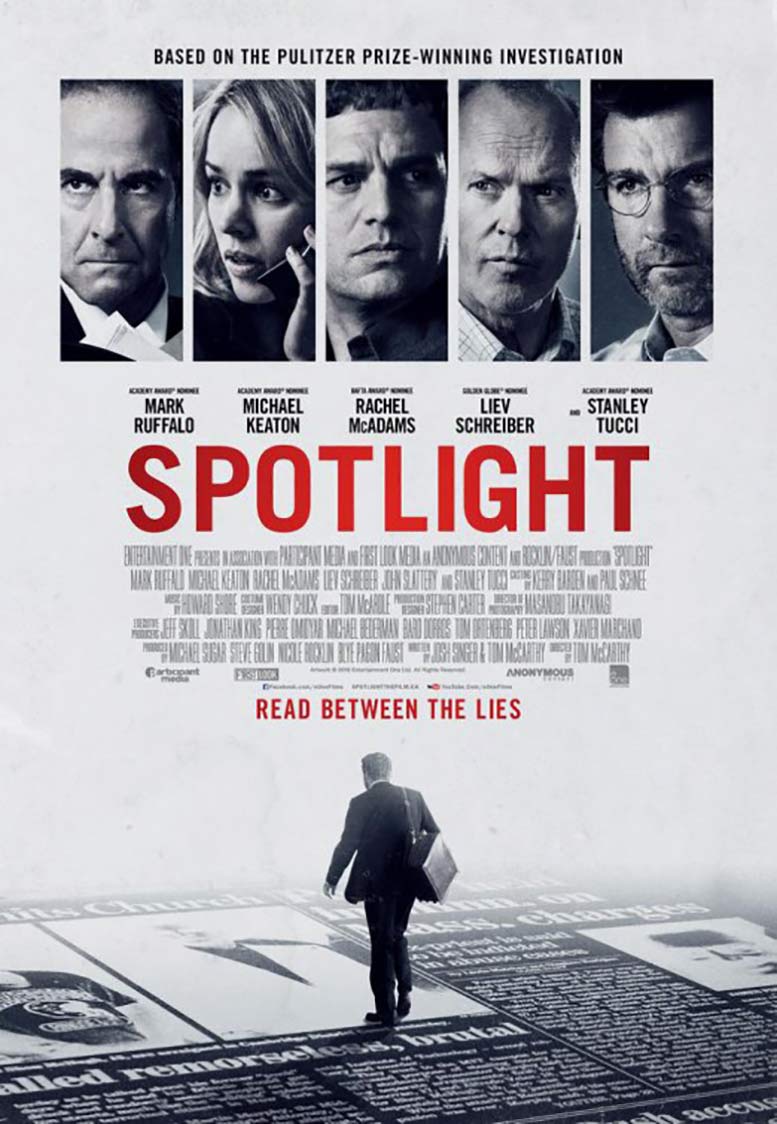 Synopsis:
In 2001, editor Marty Baron of The Boston Globe assigns a team of journalists to investigate allegations against John Geoghan, an unfrocked priest accused of molesting more than 80 boys. Led by editor Walter “Robby” Robinson (Michael Keaton), reporters Michael Rezendes (Mark Ruffalo), Matt Carroll and Sacha Pfeiffer interview victims and try to unseal sensitive documents. The reporters make it their mission to provide proof of a cover-up of sexual abuse within the Roman Catholic Church.

Click here to see where you can stream Spotlight (2015) 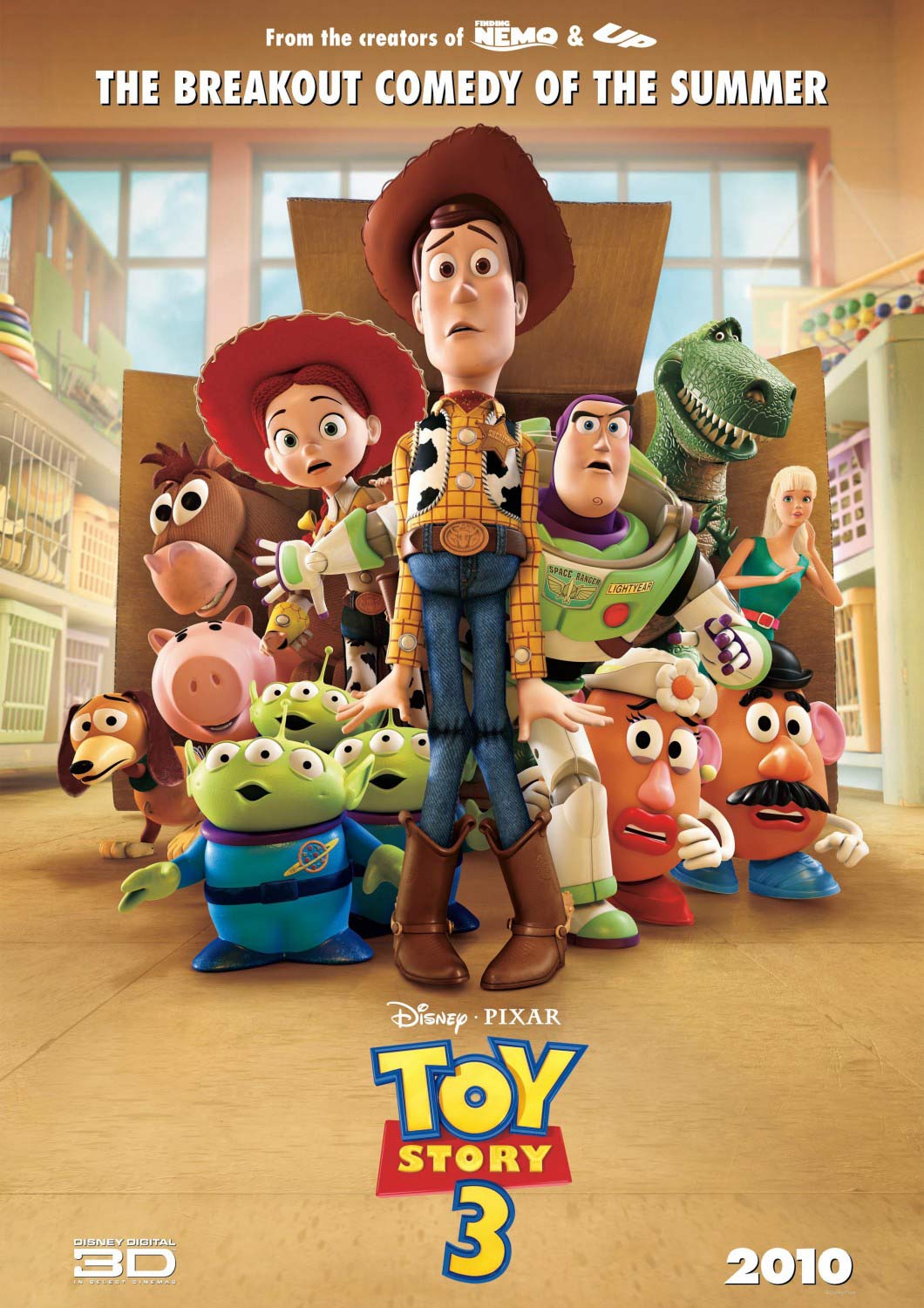 Synopsis:
With their beloved Andy preparing to leave for college, Woody (Tom Hanks), Buzz Lightyear (Tim Allen), Jessie (Joan Cusack), and the rest of the toys find themselves headed for the attic but mistakenly wind up on the curb with the trash. Woody’s quick thinking saves the gang, but all but Woody end up being donated to a day-care center. Unfortunately, the uncontrollable kids do not play nice, so Woody and the gang make plans for a great escape.

Check out some of our other related articles… 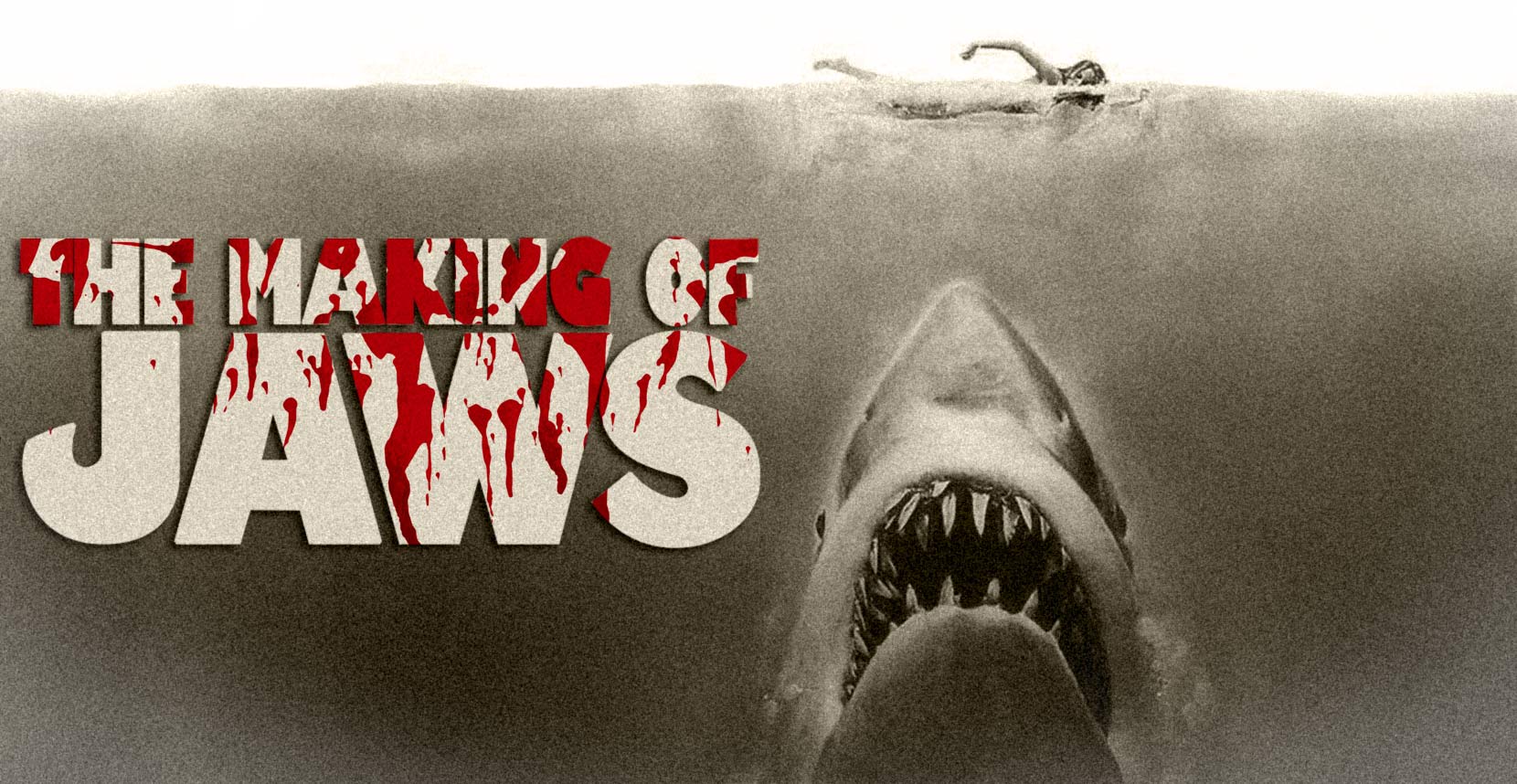 Steven Spielberg’s first major movie nearly went belly up, read the inside story behind the  making of the classic here… 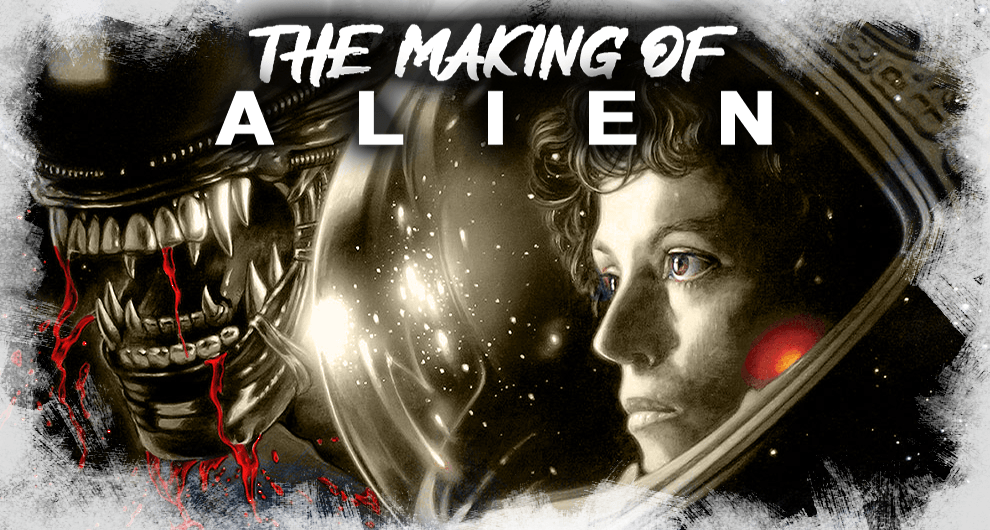 Find out how Ridley Scott’s horror masterpiece was came to life, by the people who made it! 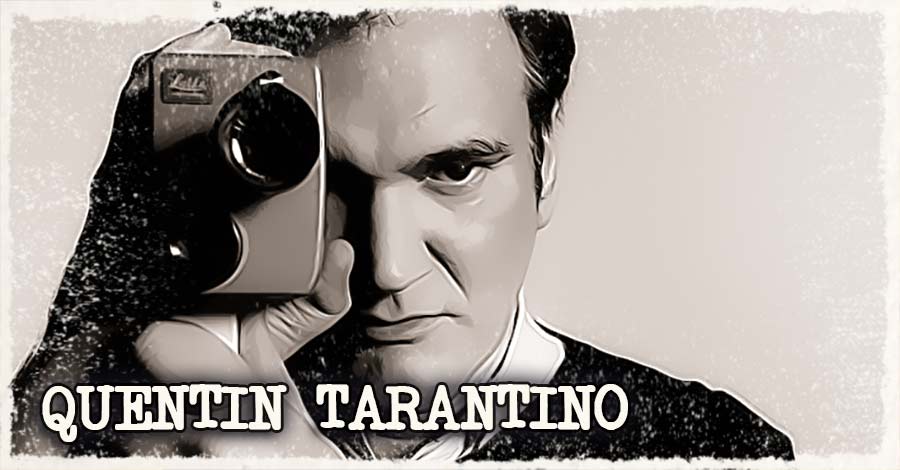 His career CV is one of the best in Hollywood, so we aggregated his ratings from around the web to find out which is his movies is the highest rated… 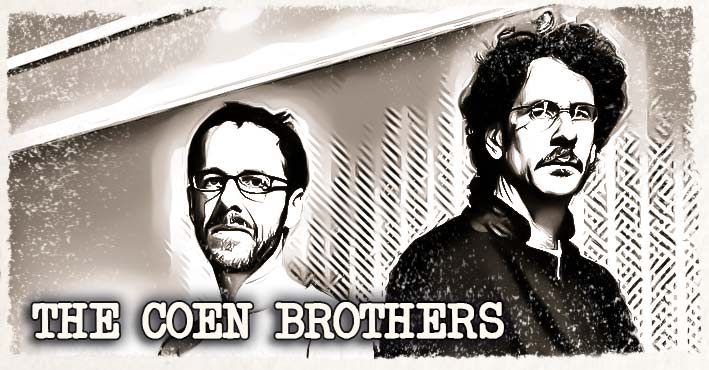 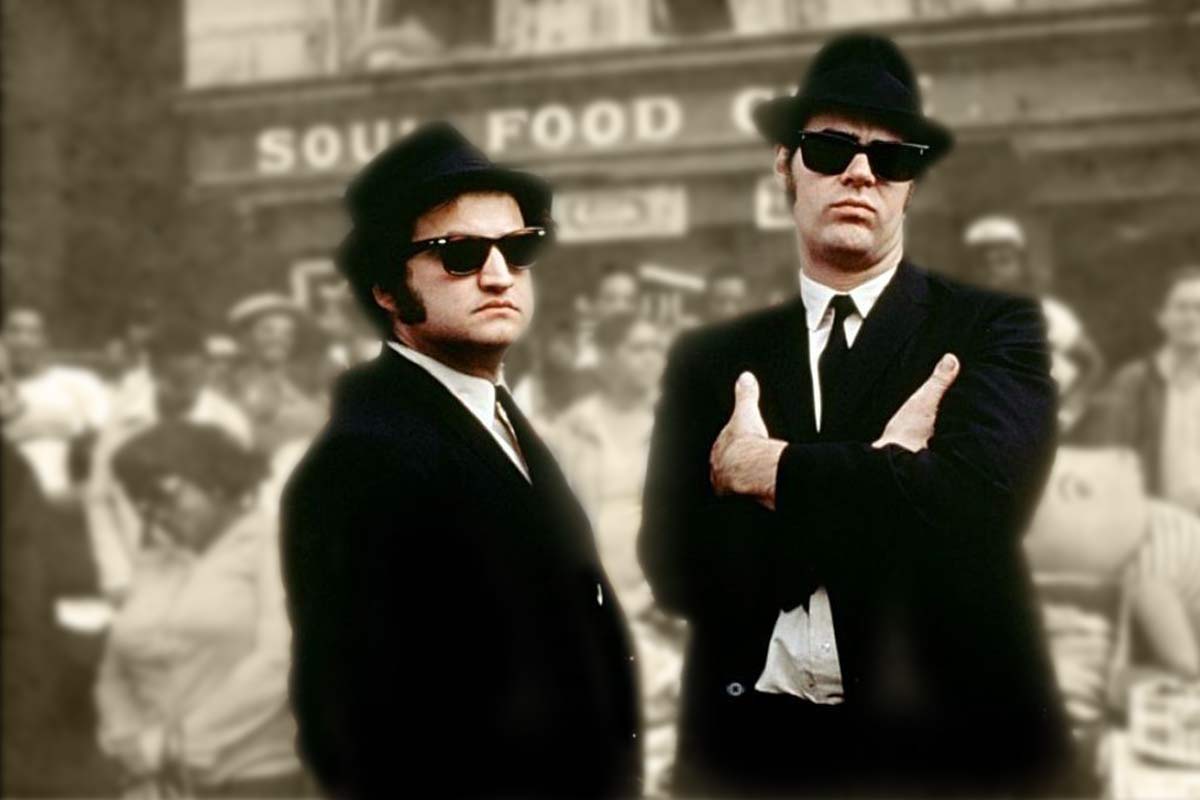 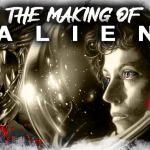 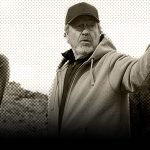