This is the second adaptation of James Thurber’s 1939 short story of the same name (the first being in 1947) to come to the big screen, The story see’s Life magazine worker Walter Mitty (Ben Stiller) who happily spends his time day-dreaming of fantasy worlds, but has to set off on a real global journey to find a missing picture, which is needed for the final issue of Life. The journey proves more extraordinary than anything he could have ever imagined.

The Secret Life of Walter Mittytrailer 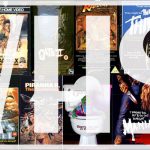