George Clooney’s Monuments Men has a new trailer which plays up the caper aspect of the film. It’s set for release on 7th Febuary 2014 in the US and 14th in the UK and is written and directed by Clooney. The story revolves around a World War II platoon of museum curators and art experts who are brought together to rescue some stolen art masterpieces taken by the Nazi’s and return them to their owners. It also stars Matt Damon, Cate Blanchett, Bill Murray and John Goodman and looks like a blast. 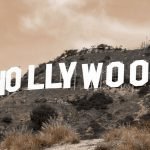