With 2014’s release calendar already shaping up nicely, production house Laika,the people behind Coraline and ParaNorman, have released a great looking trailer for their latest stop-motion animated movie ‘The Boxtrolls’.

The story follows a young orphaned boy who’s raised by underground cave-dwelling trash collectors and has to try to save his friends from an evil exterminator. Its based on the children’s novel ‘Here Be Monsters’ by Alan Snow and features the voice talents of Simon Pegg, Nick Frost, Richard Ayoade and Ben Kingsley. 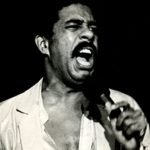