Sony have finally unleashed the first trailer for next years eagerly awaited sequel to the 2012 smash. The Amazing Spider-Man 2 sees the return of the Andrew Garfield as the wall crawler, along with Sally Field, Emma Stone and Martin Sheen (presumably in flash-back form).
Joining the fray is Jamie Foxx as Electro, Paul Giamatti as Rhino and Dane DeHaan as Harry Osborn. 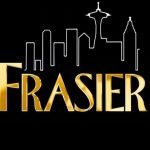