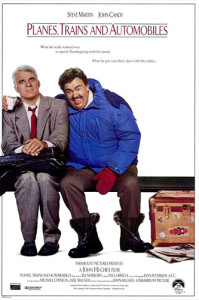 Steve Martin buttoned down the slapstick to play uptight ad exec Neal, taking his first proper steps from stand-up guy to taken seriously actor guy. But the film is all the stronger for it, with John Candy’s travelling salesman, Del, both irritatingly clingy and loveable in equal measure. Director John Hughes never lets things get away from him and into uncontrolled sentimentality, keeping a steady foot on the comedy accelerator. The premise is kept simple with Neal trying to get home for Thanksgiving but his flight is cancelled. He decides to find other means of transport, with Del tagging along for company. It’s the odd couple on a road trip, but so much more, with note-perfect performances from Martin and Candy. 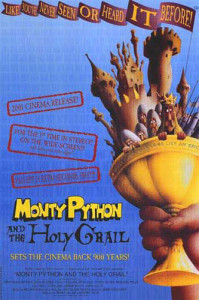 After adapting their sketch format for the 1971 feature debut And Now For Something Completely Different, The Python’s moved into full-on fiction with this hilarious take on the Arthurian Legend. Commanded by God to find the Holy Grail, Arthur leads his round table of knights on a coconut-clopping quest. Along with dodging pox-ridden plague victims, witch-hunting villagers and sex-starved castle virgins, they also meet the Black Knight, who won’t back down, even when his arms and legs have been hacked off. Some of the very best of Python, even if the ending fizzles a little after the killer rabbit. 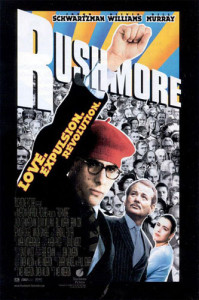 So excited was Bill Murray by the script for Rushmore, that he originally offered to do it for free. That’s says a lot, when a comedy god like Murray will do that. But Rushmore is special, it does Wes Anderson’s humour and talent much more of a service than some of his later projects, getting the mix just right between offbeat characters, strange events and deep seated emotions. Overall, some love it, others hate it. But if you hate it, you’re missing the point. 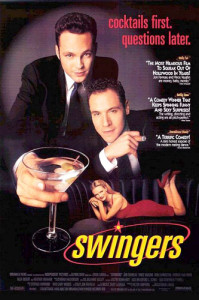 You’re so money and you don’t even know it! Ahhh. Swingers. It was director Doug Liman’s first feature, it was written by an unknown actor called Jon Favreau, who also managed to blag a staring role in the film and gave a tall gangly fella called Vince Vaughn his breakout role. All because of a razor sharp script, great directing and an ultra cool soundtrack. Still immensely quotable and it doesn’t seem to have aged even a day. 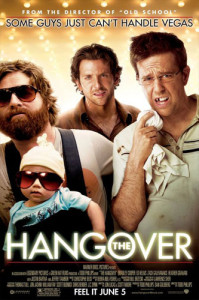 It’s only been five short years since Todd Phillips gave the world ‘The Hangover’, but even though the sequels have been declining in quality, the first still holds up as a modern classic. It follows three buddies who wake up from a bachelor party in Las Vegas, with no memory of the previous night and the bachelor missing. They make their way around the city in order to find their friend before his wedding. All three main leads do excellent work, with Bradley Cooper and Ed Helms just being edged out by Zach Galifianakis, who just steals scenes left and right as the loveable Alan. 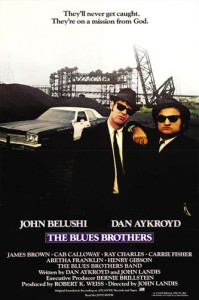 The Blues Brothers is more than just a comedy, it’s a chase movie, a musical and a crime caper, but above all it’s fun. Dan Aykroyd and John Belushi are the coolest characters ever to grace the silver screen as Jake and Elwood Blues. The story follows Jake’s release from prison and their mission from god to save their local orphanage by trying to put on a one-night only musical showcase with their old band ‘The Blues Brothers Band’. But first they have to round up and convince their old band mates to join them, all the while dodging police, neo-Nazi’s, Jake’s ex-girlfriend and the Good ‘ol boys band, who’re all out to get them. It’s full of funny moments, with the script moving along at a breakneck pace. The music is just iconic as are the jokes. 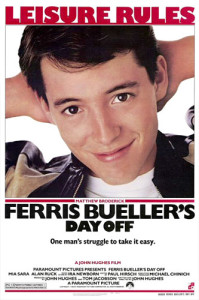 Every school boy must have watched Ferris Bueller’s Day Off and then worked out a way to bunk a day off school, I know I did. Watching Ferris, life seemed easy and carefree, with Matthew Broderick completely dominating the role. Backed up by his depressive best friend Cameron Frye, Ferris talks him into taking out his fathers pride and joy, a 1961 Ferrari 250 GT California Spyder in a ruse to get his girlfriend Sloane out of class, all under the watchful eye of principal Mr. Rooney. Ferris, Cameron and Sloane then drive to downtown Chicago, while Rooney starts to get suspicious and investigates further. Directed by 80’s legend of teen angst John Hughes, it’s still a cherished film for many and still so relatable. 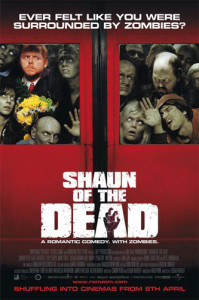 Like Ferris before it, one of Shaun of the Dead’s strongest points is that for many it’s entirely relatable. If a zombie apocalypse did break out, you could imagine acting just like Shaun, especially if you’re in your 20’s. With Edgar Wright, Simon Pegg and Nick Frost all making the jump from TV’s Spaced, there was already chemistry and understanding in place. Written by Wright and Pegg, the script is as close to perfection as a zombie movie will ever get, but this is partly due to the fact that it’s a romantic comedy at heart, with Zombies. But as we’re dealing with comedies, it’s funny, very funny, but also emotional, moving at times and occasionally violent. This is British cinema at it’s very best. 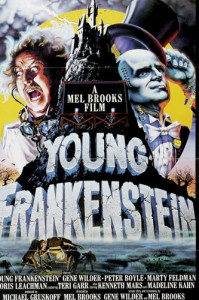 With any film that used to bear the stamp ‘A Mel Brooks Film’, you would instantly know what type of movie you were in for. He’s only directed 11 movies, but made his mark in the world of comedy and parodies, especially in his early directorial career. Young Frankenstein is one of his most loved movies, starring Gene Wilder (who also helped write it with Brooks) as Dr. Frankenstein’s grandson; he finds out that he’s inherited his Granddad’s castle in Transylvania and stumbles upon his research for his late Granddad’s experiments. Being a doctor, he repeats the experiments, trying to improve them and create life. Brooks pays homage to the early Universal horror pictures, shooting the entire thing in black and white, but he’s serious about it, laying on the jokes but never veering too far into self-parody. It carries all of his trademark off-the-wall humor, a mixture between slapstick and outrageous silliness, and tops it all off with a good portion of gripping drama. 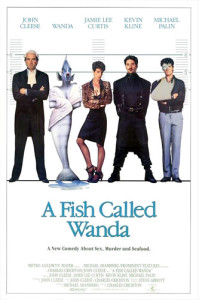 Reuniting two of the Python’s in John Cleese and Michael Palin, A Fish Called Wanda is an example of great British comedy filmmaking, at a time when nearly all it was putting out was gritty dramas. To try and explain the plot in just a few sentences wouldn’t do it justice, but it’s about a jewel heist and its aftermath, involving diamonds, a double cross, fish, a sexy Jamie Lee Curtis, flatten dogs and a man with chips up his nose. Kevin Kline’s Otto, a Nietzsche-spouting hitman, is the standout star, with Kline winning the Academy Award for Best Supporting Actor for his performance.