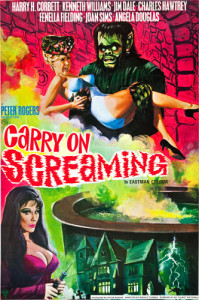 If you grew up in Britain in the 80’s or beyond, then the chances are that you’ve probably seen all 30 of the Carry On movies. Carry On Screaming is still one of our favourites, with Kenneth Williams on top form as Dr Orlando Watt. In a nutshell, it’s Carry on’s take on the British Hammer Horror movies, but with laughs. 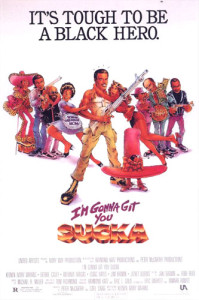 The best comedies, or any movies for that matter, stay with you, and even though it’s been over 30 years since I first saw this, I can still remember oodles of great, quotable lines from this cult classic. It’s a parody of blaxploitation movies, a black hero wannabe reunites former black heroes from the 70s to help him get revenge on Mr. Big. Well worth checking out. 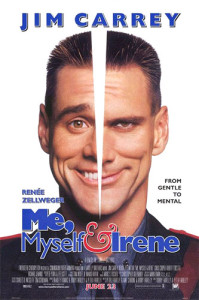 When it was first released back in 2000, critics rounded on this Jim Carrey vehicle as being mean-spirted, but watching it today, it actually fits in with our more cynical times. Made by the Farrelly Brothers, this isn’t their best work, but it’s still got some big laughs within. Jim Carrey is first-rate doing his Jekyll-and-Hyde act as a Rhode Island state trooper named Charlie, who, after years of continuously suppressing his rage and feelings, suffers a psychotic breakdown which results in a second personality, Hank. 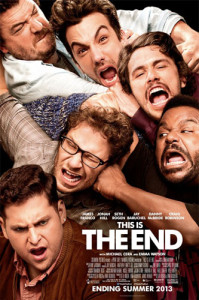 What do you get when a bunch of celeb’s are all partying round at James Franco’s house and the apocalypse happens?… ‘This is the End‘ is the answer and it’s a blast. Packed full of cameos and with a great supporting cast, this is our favourite comedy of 2013. 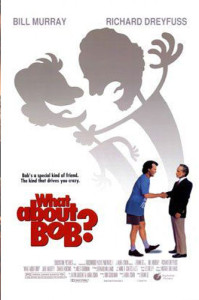 Starring Bill Murray and Richard Dreyfuss. Murray plays Bob Wiley, a psychiatric patient who follows his egotistical psychiatrist Dr. Leo Marvin (Dreyfuss) on vacation. When the unstable Bob befriends the other members of Marvin’s family, it pushes the doctor over the edge. 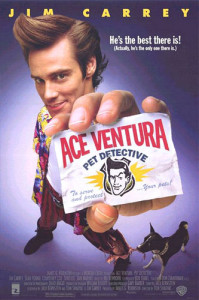 The film that made Jim Carrey a star and still one of his best movies. Carrey stars as a goofy detective who specialises in animals and goes in search of a missing dolphin mascot of a football team. It’s crude, it’s silly, but still funny. 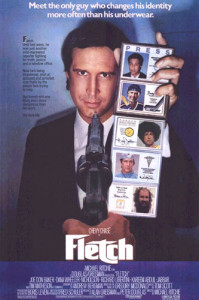 Chevy Chase’s early career is marked by his great delivery of deadpan one-liners. Chase was born to play Fletch, an undercover reporter,who tries to get to the bottom of some drug-running at a local beach. This could have easily been a straight-up thriller, but Chase makes it funny and likeable. 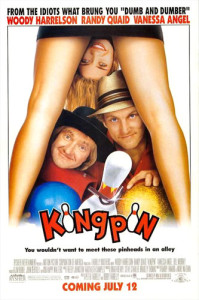 The second Farrelly Brothers movie on the list so far, starring Woody Harrelson as Roy Munson, a young bowler who gets taken advantage of by established pro bowler, Ernie McCracken (played by a scene-stealing Bill Murray). After losing his bowling hand, Munson’s life takes a rather shitty turn, until he comes across an Armish man, Ishmael Boorg (Randy Quaid), who he tries to convince to go on the pro bowling tour, with Munson as his manager. 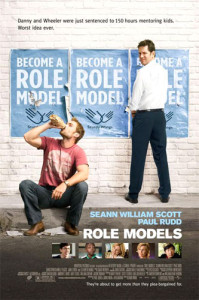 Two energy drink salesmen (Paul Rudd and Seann William Scott) get in trouble with the law and have to do community service with a Big Brother program for troubled kids. Rudd and Scott work well together, with Rudd’s dry sarcasm working well against Scott’s energy-driven delivery. The theme behind the story is nothing new, but it’s spun just enough to make it feel fresh and funny. 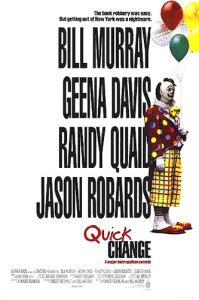 Although often overlooked, Quick Change is one of Bill Murray’s best films. He plays a bank robber who, along with his two accomplices (Geena Davis and Randy Quaid), try to make their escape through New York City but encounter disaster after disaster to hold them back.