Over the past decade, Judd Apatow has had a hand in some of the best comedies to come out of Hollywood. He’s often seen as this generations John Hughes and in 2007, was ranked #1 on Entertainment Weekly’s The 50 Smartest People in Hollywood. He’s known as a uber-producer, but also writes and directs, preferring to work with familiar faces rather than entirely new casts. Many of his fans go back to his excellent TV series from 1999, Freaks and Geeks, which was cruelly cancelled after just one season, which is various interviews, Apatow has mentioned as his motivation for his success and growing net worth. Of all the movies on this list, this is a bit of an oddball, Itʼs more rom com than screwball comedy and there is definitely too much of Jason Segel’s cock on show. Where the film succeeds is the power of Segel to convince you how much pain heʼs in.

Russell Brand is also a high point, as a brash, truth-spurting English rock star, even though he just seems to be playing his real-life self. Segel also wrote the screenplay, proving just how talented he can be, but for proof of this brilliance, just go watch the Judd Apatow produced TV series ʻFreaks and Geeksʼ from 1999. A masterpiece of TV which never really saw the light of day outside of the US, and still isn’t available on anything other than R1 DVD.

Forgetting Sarah Marshall is a good film but slightly light on belly laughs to make it any higher on this list. Female-focused comedies are normally restricted to the Sex in the City type flicks that men have to be dragged kicking and screaming to watch, Bridesmaids managed to break the mould by bridging the gender gap and go on to become the biggest comedy of 2011. 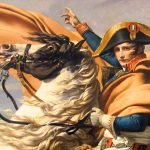 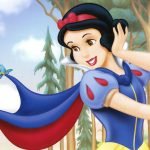