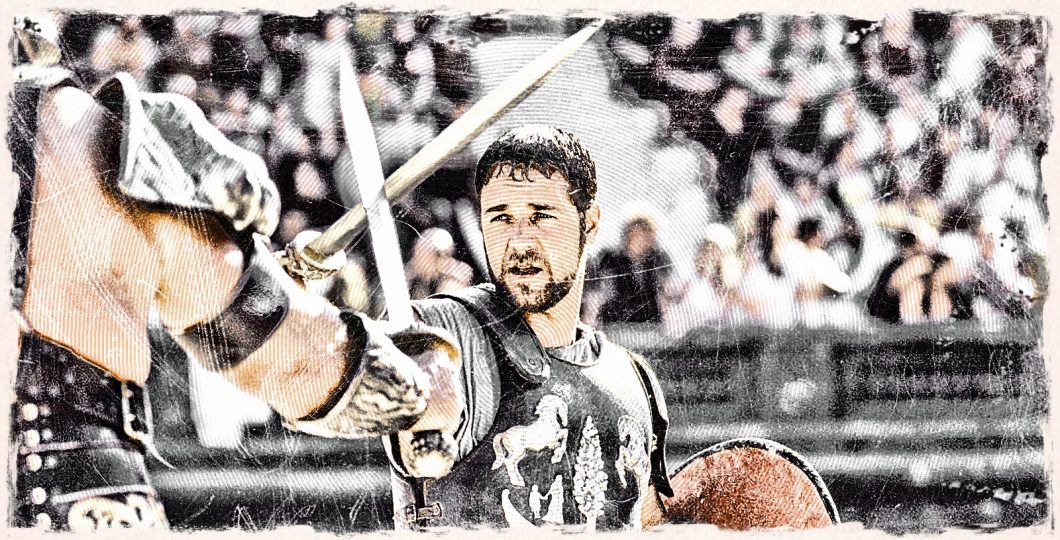 He is one of the best actors working today and our personal favourite here at Deathbyfilms. Here are his top 20 highest rated movies, based on the averaged IMDb score, Rotten Tomatoes and Letterboxd scores.

The CIA’s hunt is on for the mastermind of a wave of terrorist attacks. Roger Ferris is the agency’s man on the ground, moving from place to place, scrambling to stay ahead of ever-shifting events. An eye in the sky – a satellite link – watches Ferris. At the other end of that real-time link is the CIA’s Ed Hoffman, strategizing events from thousands of miles away. And as Ferris nears the target, he discovers trust can be just as dangerous as it is necessary for survival.

A married couple’s life is turned upside down when the wife is accused of murdering her boss. Her husband John would spend the next few years trying to get her released, but there’s no evidence that negates the evidence against her. When the strain of being separated from her husband and son gets to her, John decides to find a way to break her out.

In 1919, Australian farmer Joshua Connor travels to Turkey to discover the fate of his three sons, reported missing in action. Holding on to hope, Joshua must travel across the war-torn landscape to find the truth and his own peace.

A young boy learns that he has extraordinary powers and is not of this earth. As a young man, he journeys to discover where he came from and what he was sent here to do. But the hero in him must emerge if he is to save the world from annihilation and become the symbol of hope for all mankind.

A mother tells her daughter a fable about the prince of the brumbies, brumby being a term for the feral horses of Australia, who must find its place among its kind, while one man makes it his mission to capture it and tame it. Australian adaptation of Elyne Mitchell’s “The silver Brumby”.

Nazi skinheads in Melbourne take out their anger on local Vietnamese, who are seen as threatening racial purity. Finally the Vietnamese have had enough and confront the skinheads in an all-out confrontation, sending the skinheads running. A woman who is prone to epileptic seizures joins the skins’ merry band, and helps them on their run from justice, but is her affliction also a sign of impurity?

7.47 /10
After 19 years as a prisoner, Jean Valjean (Hugh Jackman) is freed by Javert (Russell Crowe), the officer in charge of the prison workforce. Valjean promptly breaks parole but later uses money from stolen silver to reinvent himself as a mayor and factory owner. Javert vows to bring Valjean back to prison. Eight years later, Valjean becomes the guardian of a child named Cosette after her mother’s (Anne Hathaway) death, but Javert’s relentless pursuit means that peace will be a long time coming.

Jared Eamons, the son of a small-town Baptist pastor, must overcome the fallout after being outed as gay to his parents. His father and mother struggle to reconcile their love for their son with their beliefs. Fearing a loss of family, friends and community, Jared is pressured into attending a conversion therapy program. While there, Jared comes into conflict with its leader and begins his journey to finding his own voice and accepting his true self.

Handsome, unflappable U.S. Congressman Stephen Collins is the future of his political party: an honorable appointee who serves as the chairman of a committee overseeing defense spending. All eyes are upon the rising star to be his party’s contender for the upcoming presidential race. Until his research assistant/mistress is brutally murdered and buried secrets come tumbling out.

10 – Master and Commander: The Far Side of the World (2003)
The courage to do the impossible lies in the hearts of men.
Adventure | Drama | War

After an abrupt and violent encounter with a French warship inflicts severe damage upon his ship, a captain of the British Royal Navy begins a chase over two oceans to capture or destroy the enemy. However, he must weigh his commitment to duty and ferocious pursuit of glory against the safety of his devoted crew, including the ship’s thoughtful surgeon, his best friend.

Following the death of his employer and mentor, Bumpy Johnson, Frank Lucas establishes himself as the number one importer of heroin in the Harlem district of Manhattan. He does so by buying heroin directly from the source in South East Asia and he comes up with a unique way of importing the drugs into the United States. Partly based on a true story.

Holland March (Ryan Gosling) is a down-on-his-luck private eye in 1977 Los Angeles. Jackson Healy (Russell Crowe) is a hired enforcer who hurts people for a living. Fate turns them into unlikely partners after a young woman named Amelia (Margaret Qualley) mysteriously disappears. Healy and March soon learn the hard way that some dangerous people are also looking for Amelia. Their investigation takes them to dark places as anyone else who gets involved in the case seems to wind up dead.

Martin (Hugo Weaving) is a blind Australian man with trust issues stemming from childhood. Not believing people’s descriptions of the world around him, Martin takes photographs to have others describe what they see for comparison, after which he labels the pictures in Braille. The only other person in Martin’s life is Celia (Genevieve Picot), his housekeeper, who rearranges the furniture and secretly loves him — until he meets Andy (Russell Crowe), a dishwasher with a talent for description.

In the year 180, the death of emperor Marcus Aurelius throws the Roman Empire into chaos. Maximus is one of the Roman army’s most capable and trusted generals and a key advisor to the emperor. As Marcus’ devious son Commodus ascends to the throne, Maximus is set to be executed. He escapes, but is captured by slave traders. Renamed Spaniard and forced to become a gladiator, Maximus must battle to the death with other men for the amusement of paying audiences.

A human drama inspired by events in the life of John Forbes Nash Jr., and in part based on the biography “A Beautiful Mind” by Sylvia Nasar. From the heights of notoriety to the depths of depravity, John Forbes Nash Jr. experienced it all. A mathematical genius, he made an astonishing discovery early in his career and stood on the brink of international acclaim. But the handsome and arrogant Nash soon found himself on a painful and harrowing journey of self-discovery.

4 – Cinderella Man (2005)
One man’s extraordinary fight to save the family he loved.
Drama | Romance | History

8.37 /10
A human drama inspired by events in the life of John Forbes Nash Jr., and in part based on the biography “A Beautiful Mind” by Sylvia Nasar. From the heights of notoriety to the depths of depravity, John Forbes Nash Jr. experienced it all. A mathematical genius, he made an astonishing discovery early in his career and stood on the brink of international acclaim. But the handsome and arrogant Nash soon found himself on a painful and harrowing journey of self-discovery.

In Arizona in the late 1800s, infamous outlaw Ben Wade and his vicious gang of thieves and murderers have plagued the Southern Railroad. When Wade is captured, Civil War veteran Dan Evans, struggling to survive on his drought-plagued ranch, volunteers to deliver him alive to the “3:10 to Yuma”, a train that will take the killer to trial.

8.37 /10
After seeking the expertise of former “Big Tobacco” executive Jeffrey Wigand (Russell Crowe), seasoned TV producer Lowell Bergman (Al Pacino) suspects a story lies behind Wigand’s reluctance to speak. As Bergman persuades Wigand to share his knowledge of industry secrets, the two must contend with the courts and the corporations that stand between them and exposing the truth. All the while, Wigand must struggle to maintain his family life amidst lawsuits and death threats.

1 – L.A. Confidential (1997)
Everything is suspect… Everyone is for sale… And nothing is what it seems.
Crime | Drama | Thriller | Mystery

Three policemen, each with his own motives and obsessions, tackle the corruption surrounding an unsolved murder at a downtown Los Angeles coffee shop in the early 1950s. Detective Lieutenant Exley (Guy Pearce), the son of a murdered detective, is out to avenge his father’s killing. The ex-partner of Officer White (Russell Crowe), implicated in a scandal rooted out by Exley, was one of the victims. Sergeant Vincennes (Kevin Spacey) feeds classified information to a tabloid magnate (Danny DeVito).

Crowe continued to perform in a rock group he named 30 Odd Foot of Grunts for some while after he became famous.

Crowe dropped out of high school in order to concentrate on acting.

Crowe met his future wife, Danielle Spencer While training for a boxing scene in Cinderella Man (2005), Crowe dislocated his shoulder and filming had to be delayed for two months.when the two filmed the movie The Crossing (1990).

He started smoking when he was ten but in June 2010 he announced he was quitting his 60 cigarettes a day habit. In a David Letterman interview just five months later, he admitted he was still smoking heavily.

His favourite role of all time is his role as James J. Braddock in Cinderella Man (2005).

Crowe earned his Star on the Hollywood Walk of Fame on April 12, 2010.

In 2001 Crowe received protection from both Secret Service agents and Scotland Yard after it was discovered he was the target of an Al-Qaeda plot.