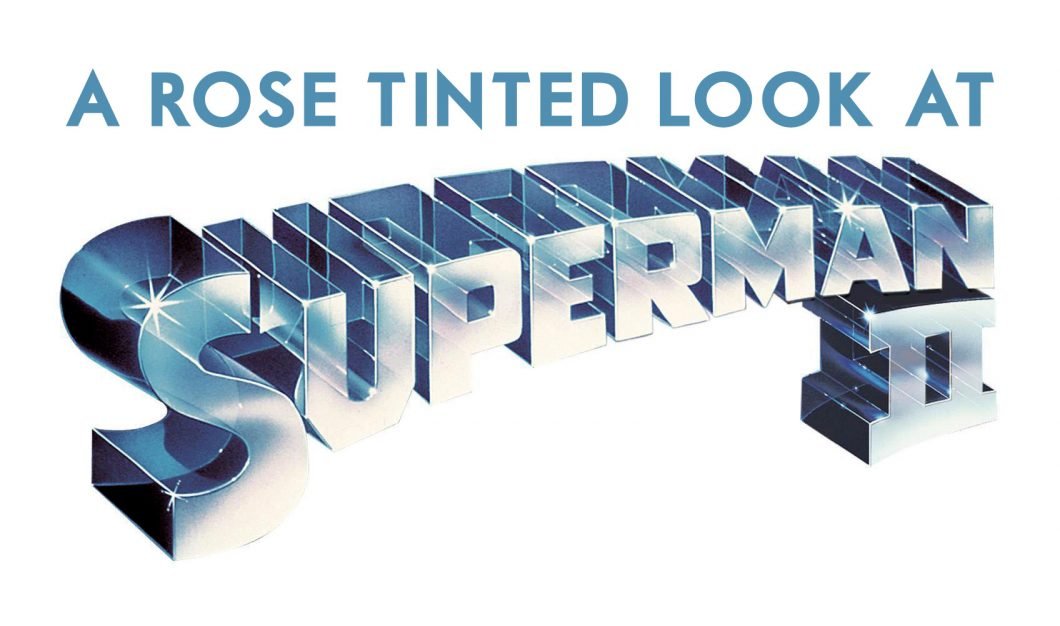 First off, I’m in my late 30’s. I’ll put that out there ‘cause it has a bearing on the rose-tinted part of the title. Superman 2 or II was released in 1980, back when I was just 5 years old, but due to local cinemas re-running flicks years after release (possibly due to sequel releases) I still remember seeing this on the big screen. Recently, i stumbled upon Superman 2 on satellite TV, in all its HD glory and so I called my 9-year-old son to come watch it with me and enjoy all the majesty of some of the finest in 80’s entertainment. What did he say? No, I’m on my Xbox. After some convincing/threatening he relented and we sat and watched the awesome Superman 2. Now, my take on this film is that Christopher Reeve is unrivalled as Clark Kent/Kal-El. There is no better. Brandon Routh was perfectly fine, as is Henry Cavill, But Reeve? He is Superman. There was a reason that Chris Reeve struggled after his Superman success and that reason was type-casting, major type-casting, because no-one could see past his awesome turn as Superman.

The effects may be dated but Reeve just stands out, as does Margot Kidder as Lois Lane, giving it just the right amount of feistiness but still remaining realistic. Yes the action in Superman 2 looks… well, a bit shit, with Zod taking over America in around 10 minutes after destroying a small township in mid-western USA and then turning up at the White House, but hey, its the 80’s, and Terence Stamp is always going to be the best Zod. Sorry Michael Shannon, you were good but Stamp is just ghoulishly brilliant in all his understated glory, uttering just a few lines but delivering them with gusto throughout. Even Gene Hackman, who I absolutely loathe as Lex Luthor, manages a better turn than in the first film. If you are doubting my words, get the film… right now, buy, download, whatever and check out the scene where Clark has relinquished his powers and gets into a fight at the dinner as just a mere mortal, trying to protect Lois’s honour and perhaps his own. I wont spoil it but Chris Reeve’s performance just knocks it outta the park and from there the film just keeps getting better. Terence Stamp goes on to proves why British baddies are best, with a wonderfully understated performance, giving Zod just the right amount of menace without having to do too much.

Now, don’t get me wrong, the film is not perfect, there’s still way too much unnecessary humour added by hack director Richard Lester, and the final fight scene between Superman and Zod is sooooo dated, but it still just about works, even if the whole sequence in Superman’s Fortress of Solitude doesn’t make any real sense (the teleporting bit, and flicking the bad guys into some bottomless pit? Its straight out of a comic book man!). My overriding sense is that its still a great film and my 9-year-old should be lapping this up like a kitten with the cream?

So why is he looking at me with the same look that I had when i was forced to watch an old black and white western at my Nan’s house on a Sunday afternoon? And there lies the problem. I love Superman because it was part of my childhood. I still have very happy memories of watching Superman with my parents at the cinema and even in 2006 when i saw Bryan Singer’s Superman Returns (on the first day of release no less) I shed a tear during the opening credits when John Williams Superman theme started playing. Rose tinted maybe, but still awesome none the less.

Superman for me will always be more than just a film. The film introduced me to the comics, from there I developed a lasting love for the character, not every alliteration is perfect but the overriding theme is. Superman is someone to look up to. Superman is someone that almost defies time. His guiding principles are unwavering and pure and the perfect foil to our sometimes crappy times that we all have to endure. He may have almost god-like powers, sometimes to the point where the comics struggle to find him a suitable foil to fight against, but awesome he will always be. So, what did my 9-year-old think of Superman 2? Well… he liked Man of Steel better. “It was good… but looks a bit old” was his exact words. I can understand why. Im a huge fan of the remake, apart from the ending..it was a great representation of Kal-El and I have high hopes for the Superman Vs Batman sequel. Some of my favourite Superman stories of the last 20 years in comics have come from either origin stories or tales where Clark tries to find his footing in this world, and that is still sometimes the most interesting that Superman can be.

To imagine Superman in the real world, to imagine how he would react to events and how we would react to him. Thats interesting. The imagination can sometimes beat even the best Superman movie and trying to live up to Superman’s own principles is a lesson worth learning.