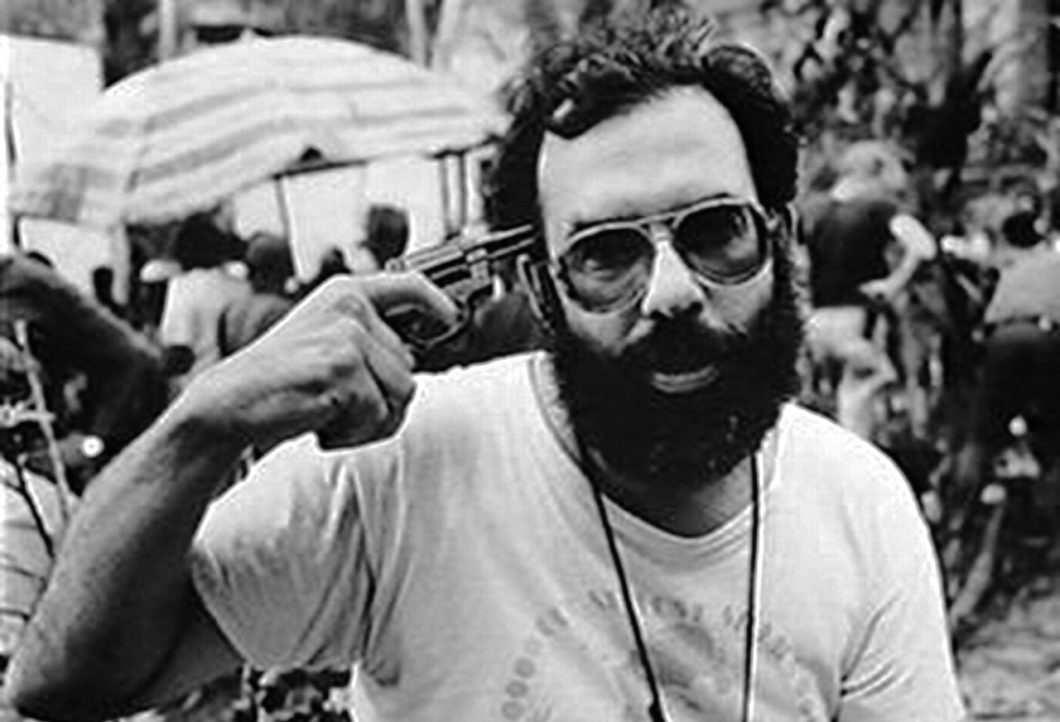 Things became much worse when the legend that was Marlon Brando arrived on set. He turned up drunk, weighing as much as an african elephant and having never looked at the script or read the book it was based on. After reading the script Coppola handed to him, Brando refused to do it. After much arguing, he agreed on the promise that he was shot entirely in shadow and could say whatever he liked. The next day he appeared on set having shaved his head bald.

Things werenʼt improved by the typhoon that tore through the production destroying all the sets. More down time, which the crew put to good use. Parties at the hotel grew more infamous by the day. Swimming pools surrounded by bottles of beer and actors hurling themselves off the roof.

Amidst all the chaos, stood Dennis Hopper. The hippy hellraiser of Hollywood. A man who lived on a daily diet of a half gallon of rum, 28 beers and three ounces of cocaine. When Coppola asked him how he could help him with his role, Hopper replied “an ounce of cocaine”. The production team ended up supplying him throughout the filming.

Brando hated Hopper. He wouldnʼt appear with him even if they were in the same scene. They had to be shot separately. Eventually Brando told his director that they had used him for long enough, that if they needed more they could hire someone else. With that he got up and never came back.

So when Coppola said “My film is not about Vietnam, it is Vietnam.” You can understand where he was coming from.

For more info on the making of Apocalypse Now, check out the 1991 behind the scenes documentary called “Hearts of Darkness: A Filmmakers Apocalypse“.