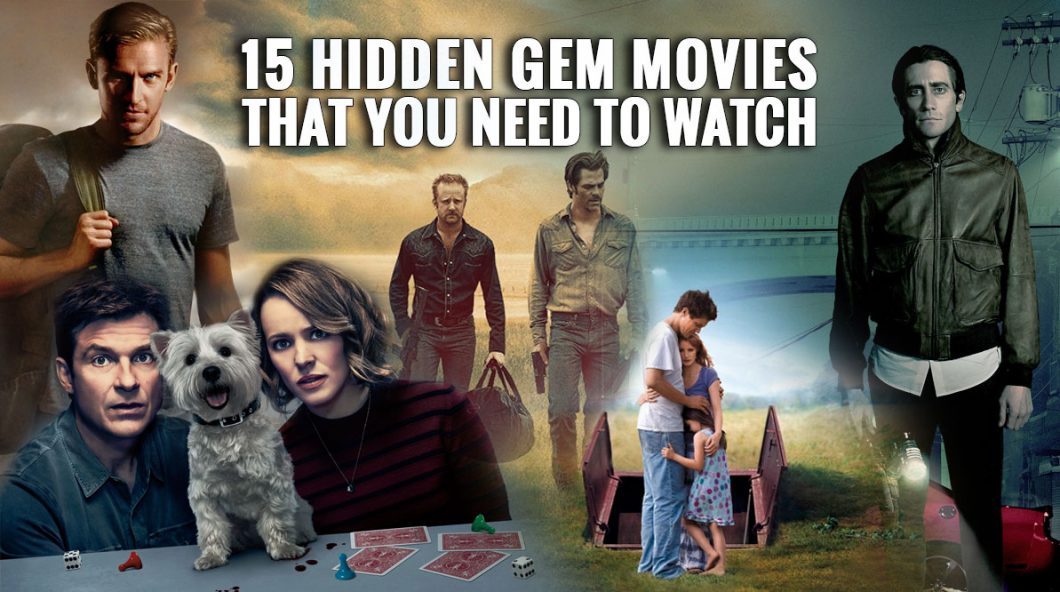 Look for a great movie to watch can be a time consuming job! so we have some suggestions for your viewing pleasure… in no particular order…. 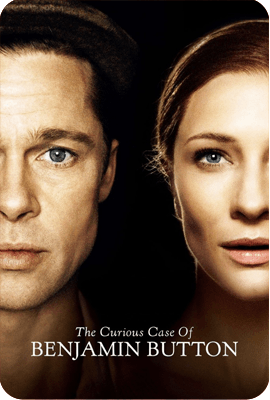 The Curious Case of Benjamin Button (2008)

Benjamin Button, a baby that was born looking like an old man, is taken in by a nurse at an old folks home. Over the years as Benjamin got “older” he appeared to get younger. As he lives at the home, he meets Daisy, a beautiful young girl the same age. He falls in love with her, knowing the relationship will always look strange. Will his disability get in the way of true love? Or will it set him free?

David Fincher and Brad Pitt firing on all cylinders… say no more! 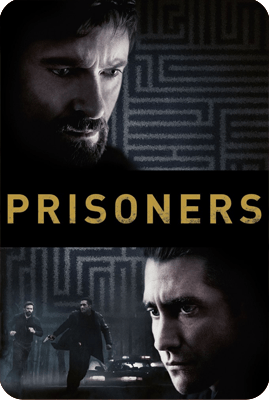 Keller Dover (Hugh Jackman) faces a parent’s worst nightmare when his 6-year-old daughter, Anna, and her friend go missing. The only lead is an old motorhome that had been parked on their street. The head of the investigation, Detective Loki (Jake Gyllenhaal), arrests the driver (Paul Dano), but a lack of evidence forces Loki to release his only suspect. Dover, knowing that his daughter’s life is at stake, decides that he has no choice but to take matters into his own hands.

Hugh Jackman’s best performance… forget Logan, this is a masterclass in acting! 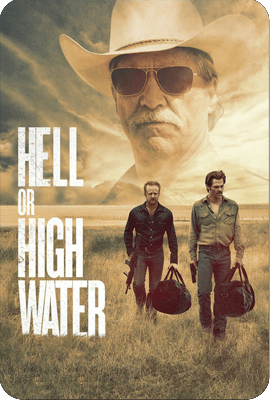 In West Texas, two brothers go on a bank-robbing rampage. They are targeting the branches of one bank in particular, The Texas Midland Bank. This bank is about to foreclose on the mortgage on their ranch and claim the property, and robbing the bank to pay its own loan seems appropriate. On the trail of the brothers is a Texas Ranger, Marcus Hamilton, with only a few weeks to retirement.

Chris Pine adds a brilliant emotional turn in this heist style thriller, which makes it worth your time 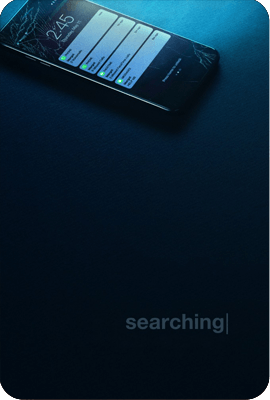 After David Kim’s 16-year-old daughter goes missing, a local investigation is opened and a detective is assigned to the case. But 37 hours later and without a single lead, David decides to search the one place no one has looked yet, where all secrets are kept today: his daughter’s laptop.

John Cho holds this movie together with a brilliant performance. It’s told from a found footage style perspective via the medium of smart devices. Worth a watch! 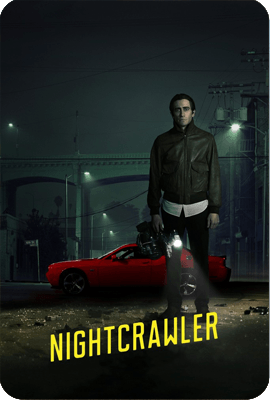 Lou Bloom (Jake Gyllenhaal), a driven young man desperate for work, discovers the high-speed world of L.A. crime journalism. Finding a group of freelance camera crews who film crashes, fires, murder and other mayhem, Lou muscles into the cut-throat, dangerous realm of nightcrawling — where each police siren wail equals a possible windfall and victims are converted into dollars and cents. Aided by Nina (Rene Russo), a veteran of the blood-sport that is local TV news, Lou blurs the line between observer and participant to become the star of his own story.

Jake Gyllenhaal smashes this role outta the park in this dark, gritty, urban noir thriller. It really should have found a bigger audience 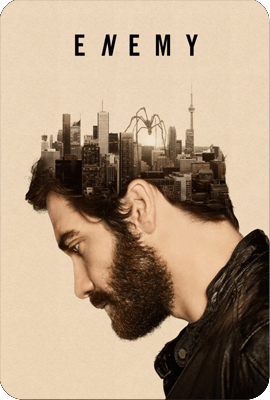 University lecturer Adam (Jake Gyllenhaal) is nearing the end of a relationship with his girlfriend Mary (Mélanie Laurent). One night, while watching a film, Adam spots a minor actor who looks just like him. Consumed by the desire to meet his double, Adam tracks down Anthony, an actor living with his pregnant wife Helen (Sarah Gadon) and engages him in a complex and dangerous struggle.

Not as good as Nightcrawler (2014) but still a great movie, but you gotta stick with it to the end. 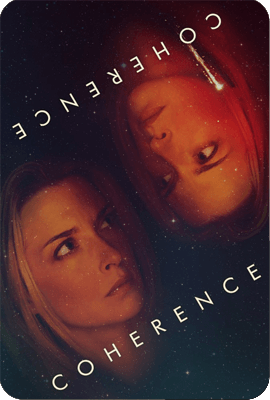 On the night of an astrological anomaly, eight friends at a dinner party experience a troubling chain of reality bending events.

Best to go into this one without too much knowledge, as its a cracking little film 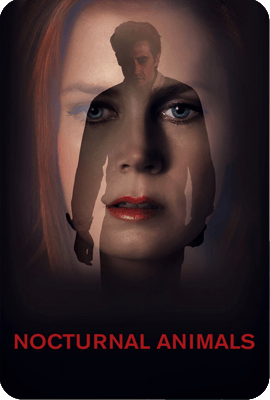 Susan Morrow receives a book manuscript from her ex-husband – a man she left 20 years earlier – asking for her opinion of his writing. As she reads, she is drawn into the fictional life of Tony Hastings, a mathematics professor whose family vacation turns violent.

Amy Adams, Jake Gyllenhaal and Michael Shannon make this movie worth your time. Good story although feels a little incomplete at times. 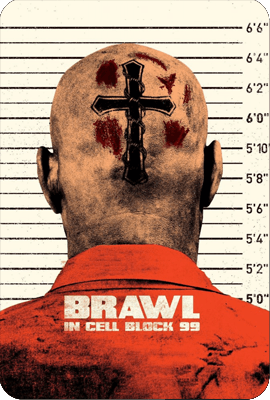 After working as a drug courier and getting into a brutal shootout with police, a former boxer finds himself at the mercy of his enemies as they force him to instigate violent acts that turn the prison he resides in into a battleground.

We love this film, Vince Vaughn just rocks it as a bad ass who needs to get to cell block 99. One of Vaughn’s best roles in years…. just watch and enjoy it!! 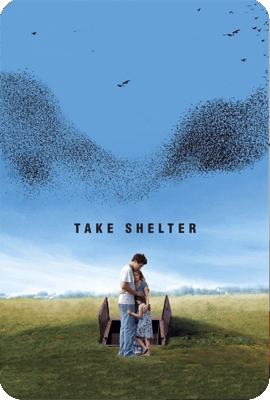 Curtis LaForche lives in a small town in Ohio with his wife, Samantha, and daughter, Hannah, a six-year-old deaf girl. When Curtis begins to have terrifying dreams, he keeps the visions to himself, channeling his anxiety into obsessively building a storm shelter in his backyard. His seemingly inexplicable behavior concerns and confounds those closest to him, but the resulting strain on his marriage and tension within his community can’t compare with Curtis’s privately held fear of what his dreams may truly signify.

We could watch Michael Shannon paint houses for 2 hours, such is our love for him. Take Shelter is a low budget powerhouse of a film, with all areas (performances, writing, cinematography, and even digital effects) working perfectly 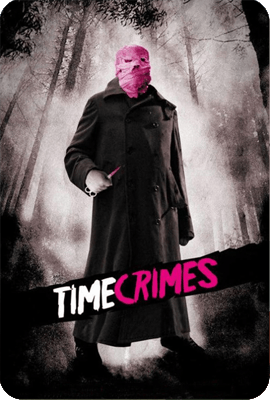 Nacho Vigalondo’s time-travel thriller opens with Hector spying on a beautiful woman undressing in the woods near his property. Investigating, he finds her assaulted and he in turn is attacked by a man whose head is swathed in bandages. Fleeing, Hector encounters a scientific facility where a scientist persuades him to hide in a time machine.

Another low budget gem, from spain, but don’t let the subtitles put you off as there is a brilliant movie here that deserves your time! 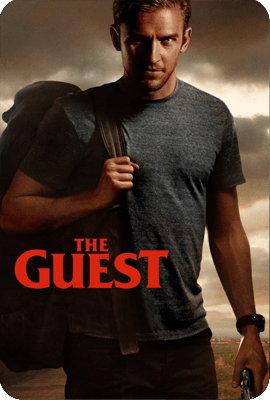 A soldier introduces himself to the Peterson family, claiming to be a friend of their son who died in action. After the young man is welcomed into their home, a series of accidental deaths seem to be connected to his presence.

Dan Stevens may not be a household name, but he should be. The Guest should serve as his calling card for hollywood as this is fun and frollocks all the way through! 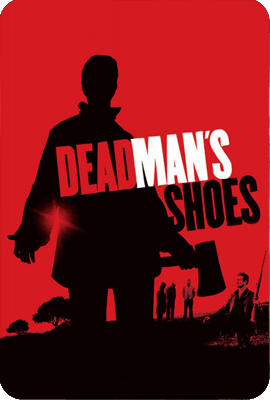 The story details the return of Richard to his home town of Matlock, Derbyshire, Derbyshire in the Peak District, England, after serving as a Parachute Regiment (United Kingdom) in the British Army. Richard and his younger, mentally-impaired brother Anthony, camp at an abandoned farm near the town. Flashback (narrative) reveal Anthony’s abuse by a group of drug dealers in the town; Richard vows to take revenge.

Not loved by critics at the time, but loved by us!  Shane Meadows directs Paddy Considine in a role like no other he’s played and man!!… is he good!! 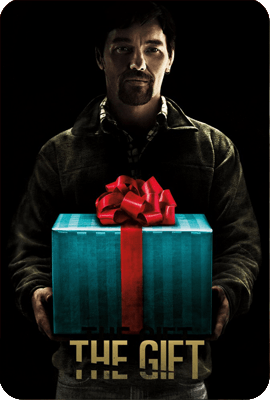 Written and directed by Joel Edgerton, The Gift centers around a young married couple Simon (Jason Bateman) and Robyn (Rebecca Hall). Simon has a chance encounter with a former acquaintance, the off-kilter Gordo (Edgerton), who begins to surprise the couple with unwanted and increasingly menacing gifts. Eventually, Gordo also reveals a hidden secret from Simon’s past and throws the couple’s lives into a tailspin..

Joel Edgerton is another of our favourite actors, out on Hollywood’s fringe but what a talent! We all love Jason Bateman but Edgerton absolutely rocks here! 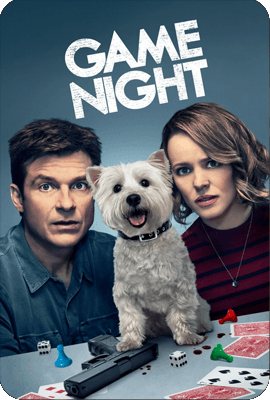 Max and Annie’s weekly game night gets kicked up a notch when Max’s brother Brooks arranges a murder mystery party – complete with fake thugs and federal agents. So when Brooks gets kidnapped, it’s all supposed to be part of the game. As the competitors set out to solve the case, they start to learn that neither the game nor Brooks are what they seem to be. The friends soon find themselves in over their heads as each twist leads to another unexpected turn over the course of one chaotic night

Another Jason Bateman flick, which passed a lot of people by on release, but its an absolute blast and shows why Bateman is having such a resurgence in movie and TV land 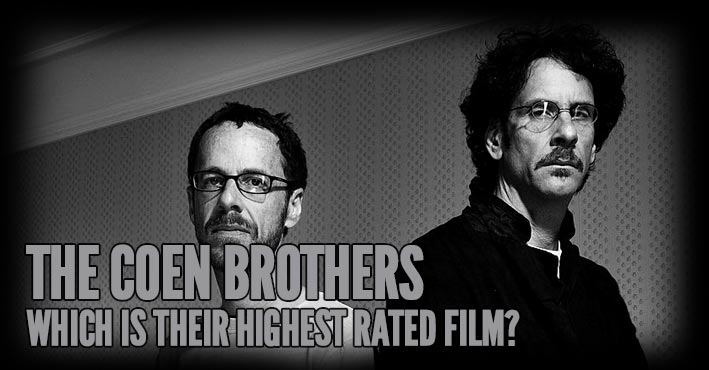