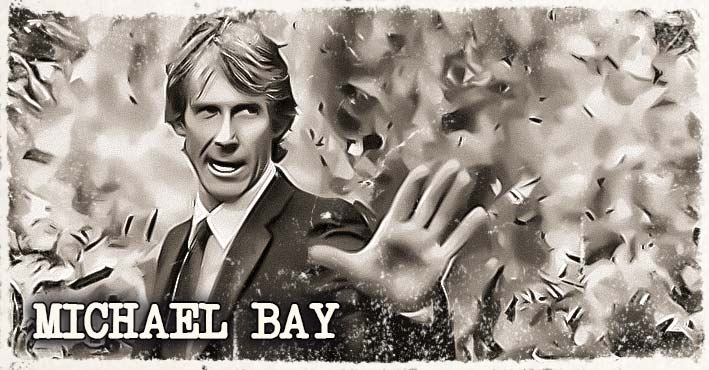 Michael Bay is synonymous with bombastic style of movie making… which some say is a bit simplistic… but he’s turned in some box office dollars over the years, which maybe explains how he’s still making movies… as his scores aren’t good…at all!
So instead of just using IMDb as the yardstick, we have aggregated scores from IMDb, Rotten Tomatoes, Metacritic and Letterboxd to get a true ranking… 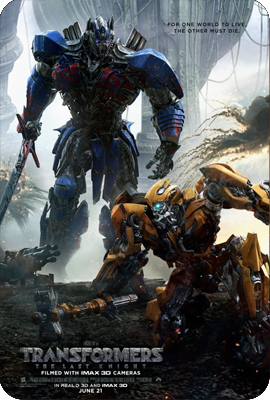 Synopsis:
Autobots and Decepticons are at war, with humans on the sidelines. Optimus Prime is gone. The key to saving our future lies buried in the secrets of the past, in the hidden history of Transformers on Earth.

Use the Just Watch logo above or click here to go straight to see where you can stream Transformers: The Last Knight (2017) 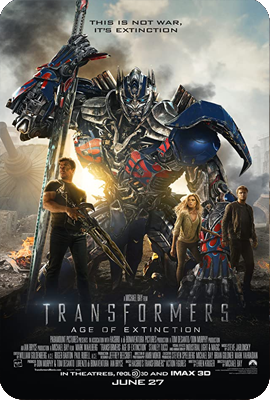 Synopsis:
After an epic battle, a great city lies in ruins, but the Earth itself is saved. As humanity begins to pick up the pieces, a shadowy group emerges to try to take control of history. Meanwhile, an ancient and powerful new menace sets its sights on Earth. A new group of humans, led by Cade Yeager (Mark Wahlberg), helps Optimus Prime (Peter Cullen) and the Autobots rise up to meet their most fearsome challenge yet: a worldwide war of good versus evil.

Use the Just Watch logo above or click here to go straight to see where you can stream Transformers: Age of Extinction (2014) 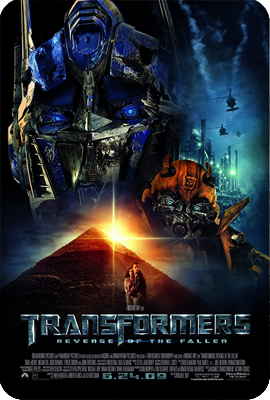 Synopsis:
Two years after he and his Autobot friends saved the Earth from the Decepticons, Sam Witwicky (Shia LaBeouf) faces a new battle: college. Meanwhile, Optimus Prime and the Autobots are working with a secret military organization and trying to make a home for themselves on Earth. When an ancient Decepticon known as The Fallen rises up to wreak vengeance, Sam and his girlfriend, Mikaela, must figure out the history of the Transformers on Earth and find a way to defeat The Fallen once and for all.

Use the Just Watch logo above or click here to go straight to see where you can stream Transformers: Revenge of the Fallen (2009) 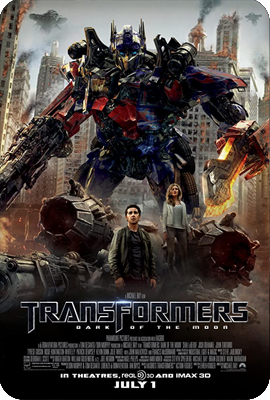 Synopsis:
Sam Witwicky (Shia LaBeouf) and his new girlfriend, Carly (Rosie Huntington-Whiteley), join the fray when the evil Decepticons renew their longstanding war against the Autobots. Optimus Prime (Peter Cullen) believes that resurrecting ancient Transformer Sentinel Prime (Leonard Nimoy), once the leader of the Autobots, may lead to victory. That decision, however, has devastating consequences; the war appears to tip in favor of the Decepticons, leading to a climactic battle in Chicago.

Use the Just Watch logo above or click here to go straight to see where you can stream Transformers: Dark of the Moon (2011) 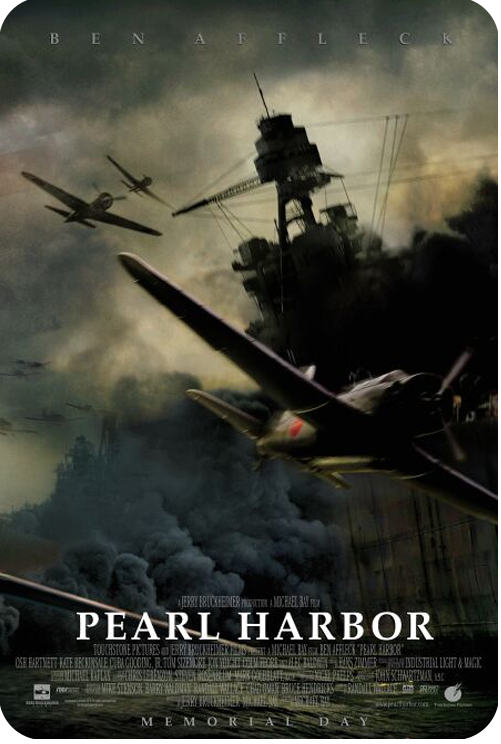 Synopsis:
This sweeping drama, based on real historical events, follows American boyhood friends Rafe McCawley (Ben Affleck) and Danny Walker (Josh Hartnett) as they enter World War II as pilots. Rafe is so eager to take part in the war that he departs to fight in Europe alongside England’s Royal Air Force. On the home front, his girlfriend, Evelyn (Kate Beckinsale), finds comfort in the arms of Danny. The three of them reunite in Hawaii just before the Japanese attack on Pearl Harbor. 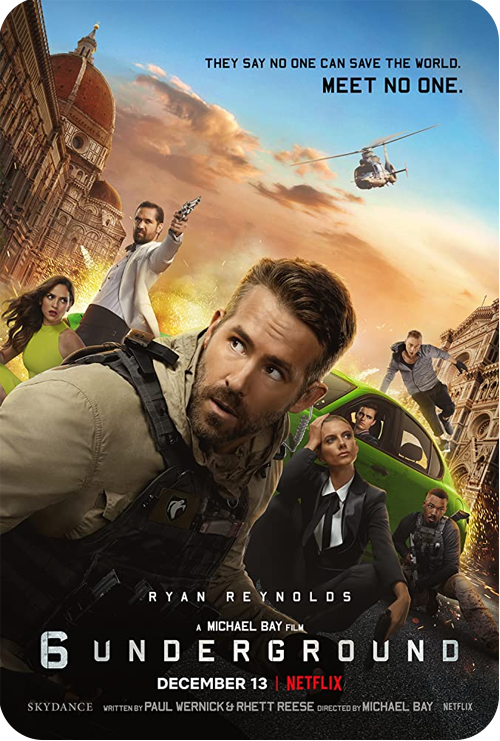 Synopsis:
After faking his death, a tech billionaire recruits a team of international operatives for a bold and bloody mission to take down a brutal dictator. 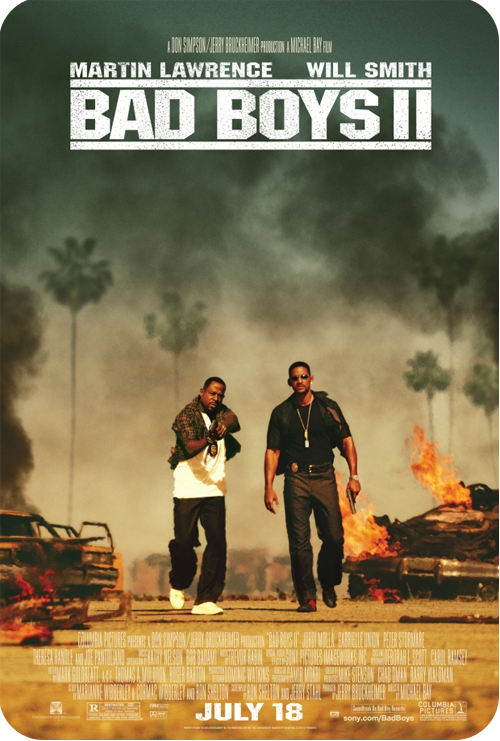 Synopsis:
The drug ecstasy is flowing into Miami, and the police want it stopped. Police Detective Marcus Burnett (Martin Lawrence) and his partner, Mike Lowrey (Will Smith), are just the men to do it. They track the drugs to a Cuban smuggler, Johnny Tapia (Jordi Mollà), who is also involved in a bloody war with Russian and Haitian mobsters. If that isn’t bad enough, there’s tension between the two cops because Lowrey is romantically involved with Burnett’s sister, Syd (Gabrielle Union). 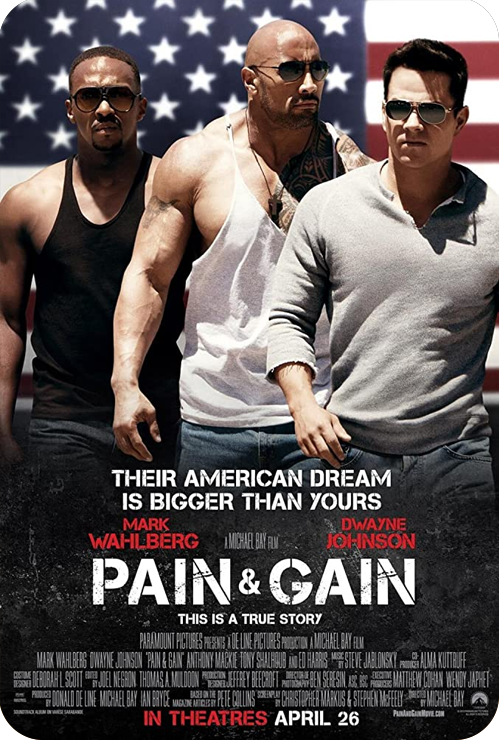 Synopsis:
Danny Lupo (Mark Wahlberg), manager of the Sun Gym in 1990s Miami, decides that there is only one way to achieve his version of the American dream: extortion. To achieve his goal, he recruits musclemen Paul (Dwayne Johnson) and Adrian (Anthony Mackie) as accomplices. After several failed attempts, they abduct rich businessman Victor Kershaw (Tony Shalhoub) and convince him to sign over all his assets to them. But when Kershaw makes it out alive, authorities are reluctant to believe his story. 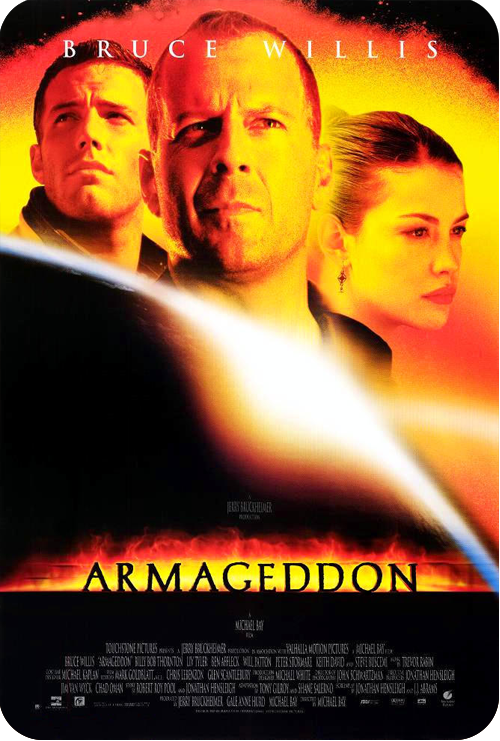 Synopsis:
When an asteroid threatens to collide with Earth, NASA honcho Dan Truman (Billy Bob Thornton) determines the only way to stop it is to drill into its surface and detonate a nuclear bomb. This leads him to renowned driller Harry Stamper (Bruce Willis), who agrees to helm the dangerous space mission provided he can bring along his own hotshot crew. Among them is the cocksure A.J. (Ben Affleck), who Harry thinks isn’t good enough for his daughter (Liv Tyler), until the mission proves otherwise. 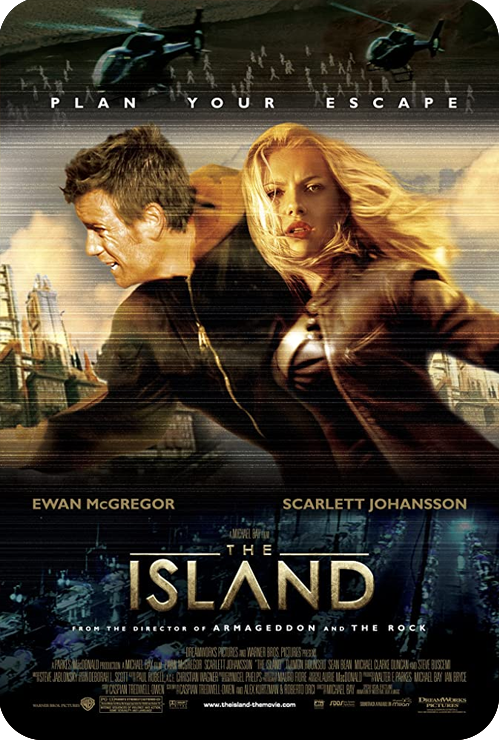 Synopsis:
A futuristic thriller about a contained, seemingly utopian facility in the mid-21st century. The residents hope to be chosen to go to the Island – the last uncontaminated place on Earth, but when one inhabitant discovers that there are sinister forces at work, he and a female friend make a daring escape. 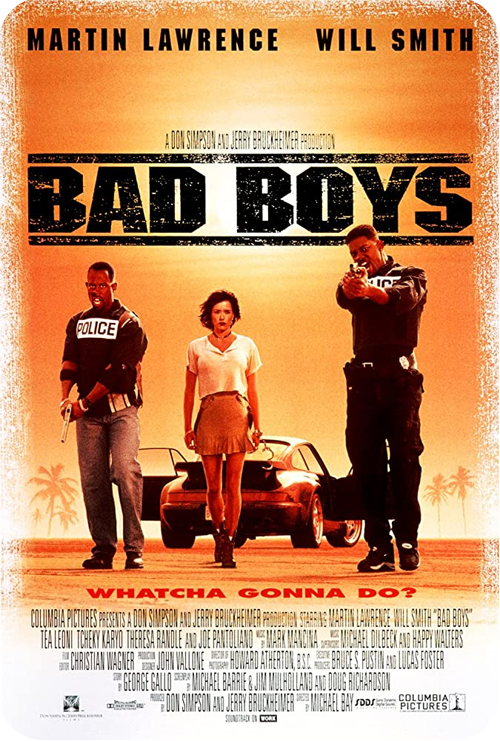 Synopsis:
Miami-Dade detectives Mike Lowrey (Will Smith) and Marcus Burnett (Martin Lawrence) blow a fuse when $100 million worth of heroin they recently confiscated is heisted from station headquarters. Suspecting it was an inside job, Internal Affairs gives them five days to track down the drugs before they shut down the narcotics division. Action meets farce when Marcus is compelled to masquerade as his partner in order to gain the trust of a call girl (Tea Leoni), a key witness in their investigation. 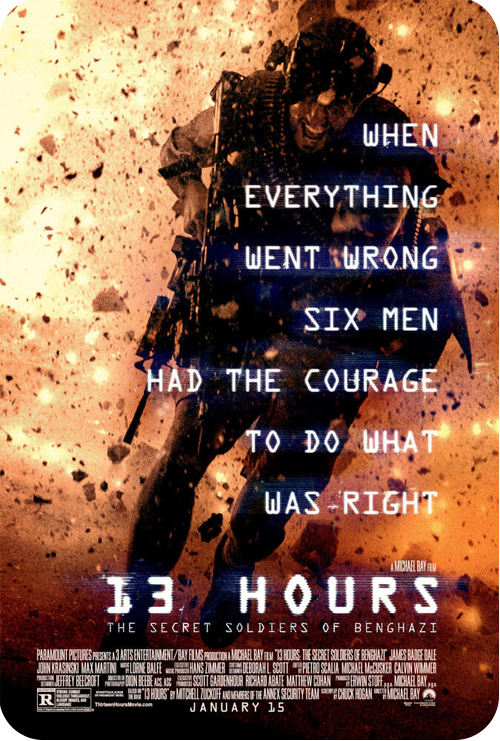 Synopsis:
On Sept. 11, 2012, Islamic militants attack the U.S. Consulate in Benghazi, Libya, killing Ambassador J. Christopher Stevens and Sean Smith, an officer for the Foreign Service. Stationed less than one mile away are members (James Badge Dale, John Krasinski, Max Martini) of the Annex Security Team, former soldiers assigned to protect operatives and diplomats in the city. As the assault rages on, the six men engage the combatants in a fierce firefight to save the lives of the remaining Americans.

Use the Just Watch logo above or click here to go straight to see where you can stream 13 Hours: The Secret Soldiers of Benghazi (2016) 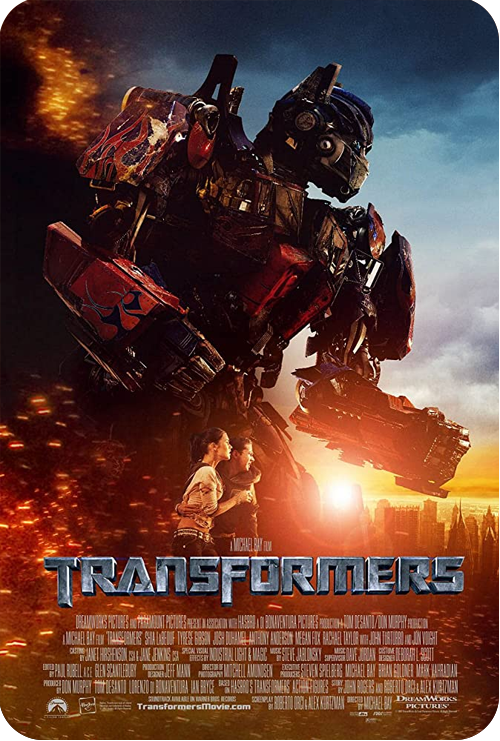 Synopsis:
The fate of humanity is at stake when two races of robots, the good Autobots and the villainous Decepticons, bring their war to Earth. The robots have the ability to change into different mechanical objects as they seek the key to ultimate power. Only a human youth, Sam Witwicky (Shia LaBeouf) can save the world from total destruction. 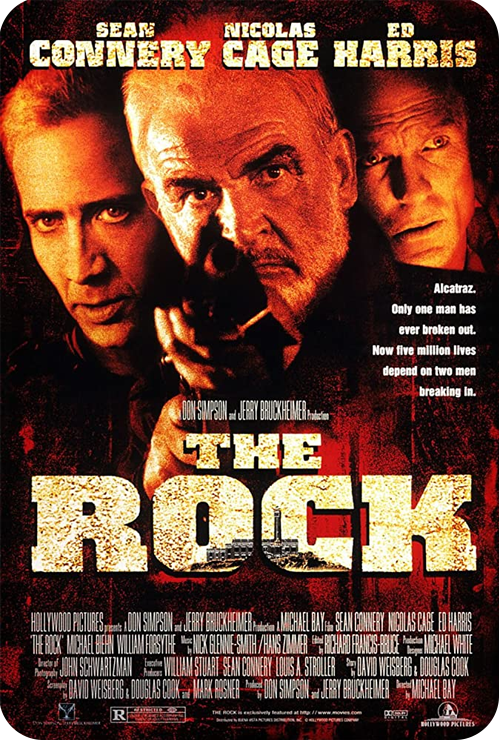 Synopsis:
FBI chemical warfare expert Stanley Goodspeed (Nicolas Cage) is sent on an urgent mission with a former British spy, John Patrick Mason (Sean Connery), to stop Gen. Francis X. Hummel (Ed Harris) from launching chemical weapons on Alcatraz Island into San Francisco. Gen. Hummel demands $100 million in war reparations to be paid to the families of slain servicemen who died on covert operations. After their SEAL team is wiped out, Stanley and John have to deal with the soldiers on their own.

PrevPreviousSam Raimi – All of his Movies Ranked, From Crimewave to Oz the Great and Powerful
NextThe Top 100 Biggest Movies of the 1990’s (at the US Box Office)Next 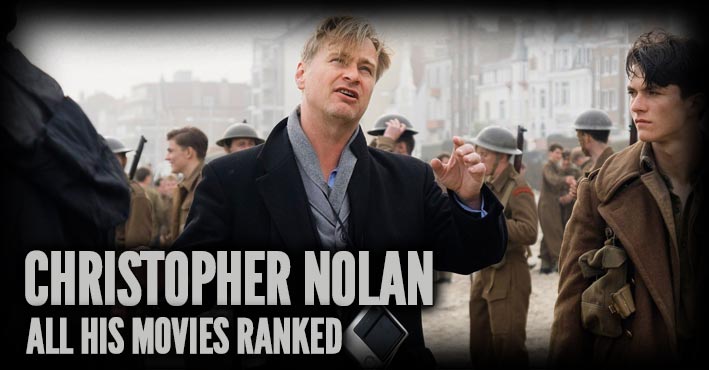 All of Christopher Nolan’s Movies Ranked

The current master of modern cinema, we look through his filmography and rank all his movies. 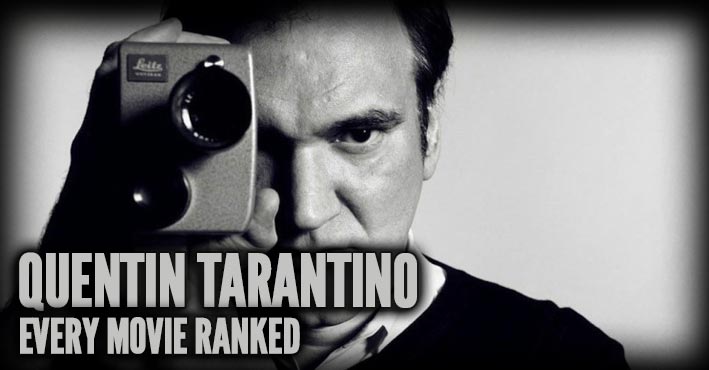 His career CV is one of the best in Hollywood, so we aggregated his ratings from around the web to find out which is his highest rated movie. 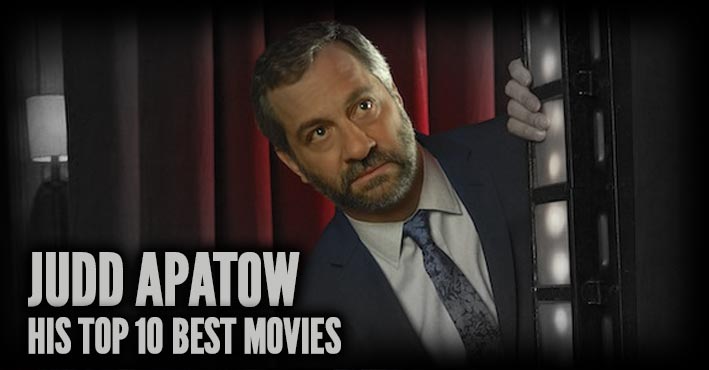 Judd Apatow has been making some of the best comedy movies from the last 20 years… so we have ranked his top 10 best movies.